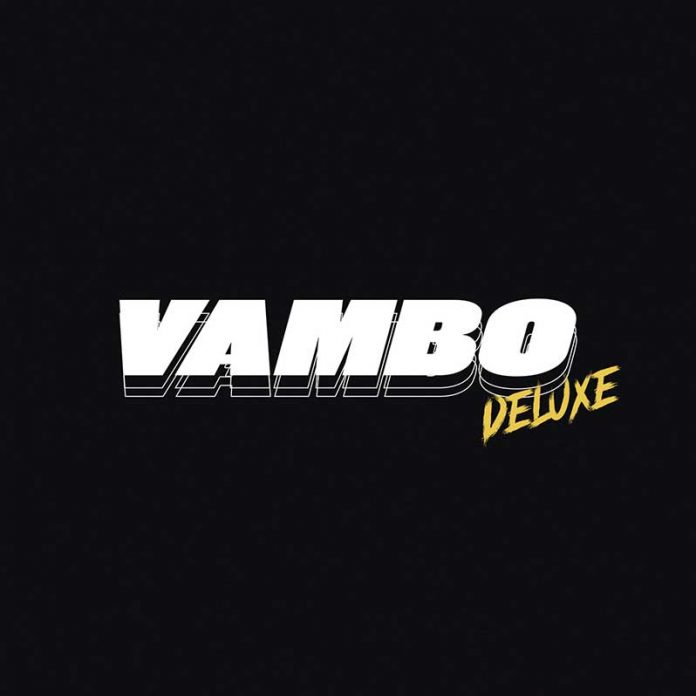 In November last year I reviewed an album by a new band called Vambo. I remarked on the Deep Purple flavours of their sound, but also crucially added this: “in a veritable slew of “next big things” who are “stoked” with their latest release bringing the analogue sound to the digital age, Vambo are one of the best. They are certainly one of the most original.”

Now, 12 months on the record has had the “deluxe” treatment. That is to say, they’ve stuck the record out again and put five new songs on the end. I was going to say “tagged them on” but it strikes me as that would be to damn them with feint praise, given that they actually add to things.

The original review of the album (which you can read here) is something that I stand by Talking about “big, swaggering grooves” and “psychedelic touches”, but also some downright weirdness, it was (and is still) a fabulous record.

It kind of lends of itself to the deluxe thing too, in truth, given in days gone by they would have stuck plenty of singles out off it and built a real momentum.

Those days are gone, of course, but b-side obsessives will find much to enjoy in the extra songs. Three of them are studio ones – and all of them are superb. “Paradise” thunders like prime Purple, check out that riff, crikey! And there’s a feeling that these boys were born out of time.

“Mistaken Identity” is probably even better, with Pete Lance giving it the full guitar hero on the screeching lead, before Jack Stiles (surely the heir to Gillan’s throne?) roars “I am not a raving lunatic” – a line he tops later on with this: “shiny shoes will make you run so slow…..” (no, me neither), but it just proves the point, that Vambo are on a slightly different wavelength (planet, maybe?) to everyone else.

The last of the brand new trio is “Total Jeopardy”, a soaring thing underlining, perhaps the type of bluesy side the band have, while the acoustic “Dancing With The Devil”, shows how good their songwriting is, but also is perfect “bonus track” material.

As is the last one. The live cover of “Burn”. You can hear the glee with which they do it, you can hear the obvious love they have for Deep Purple, and yes, their clear debt. That’s not a criticism, either, just a fact.

Whether this record was ignored the first time around I honestly don’t know, given that I get wrapped up in Maximum Volume and don’t really do “the world outside” as it were. What I do know is this: “Vambo” is an excellent record and Vambo are an excellent and interesting band. If you are unaware of it or them, then get on this immediately.