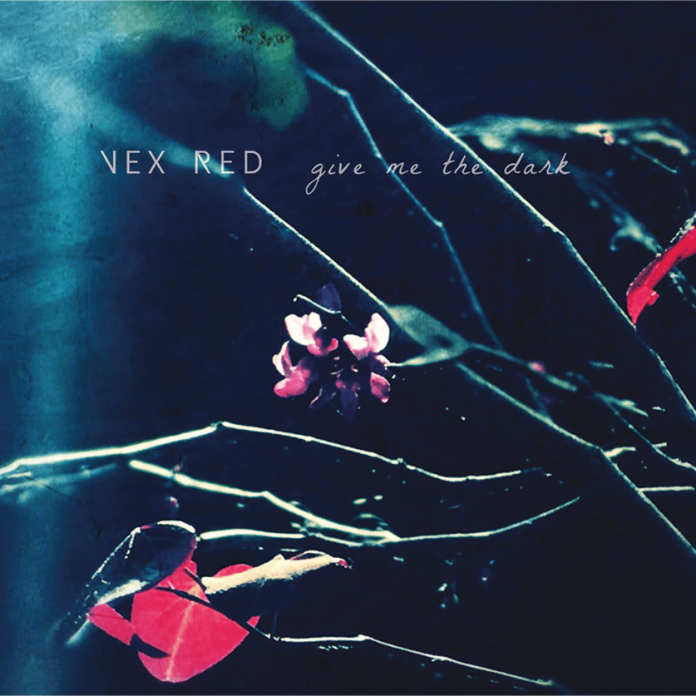 At the end of “Give Me The Dark” there’s a bonus track.

Before they play it, Terry Abbot, the bands lead singer talks about how one reviewer reckoned it sounded like “two songs fighting to be the shittest song in the world….”

That is more than a neat line in self-deprecating humour.

I went to see them (it’s a long time ago, can’t remember if the album was out then or not) and dragged a mate along.

The reason for my mate coming was that he loved Slipknot, and Vex Red were metal’s hottest tips, given that they’d been signed to Nu-metal producer Ross Robinson’s label.

If all the disparate strands of this aren’t confusing enough, then to put the cherry onto the cake, Vex Red promptly did a cover of Cristina Aguilera’s “Genie In A Bottle”. And they didn’t rub my mate the right way, baby (see what I did there?) I came away proclaiming them to be the kings of the world. My mate, not so much.

Which is why, when this record came last week, I got very excited. This is their first record for 17 years, and these five tracks are basically what made them brilliant then.

Massive soundscapes are the order of the day here. These are not tunes. These are epics. “Tarantula” is spare, bleak, and barren, and then it just explodes. “I still get angry, I still get sad…..” sings Abbott, and that maybe is reflecting on the angst as a young man still being there.

“Burn This Place” on the other hand, has been heard before. A comeback single of sorts in 2016. It is huge. But on its own terms. The keyboards, provide the bed for this, and it is so arena bothering in scope, you can see why they toured with Biffy way back when. But also, its out there enough for Robert Smith to personally invite them to a festival he was curating.

“Air” is the band in microcosm. Weird loops, no one else, really sounds like this, but when they want to do a catchy hook, they can do one. A piercing guitar line? Yes please. It’s that kind of record.

There is a strange electro pulse to “So I Can Sleep” that brought heartbeats to mind, but its first line: “let’s torch the scene” maybe casts them as outsiders, and this is the one that gives the EP it’s title too, as it is the first line in the “loud” bit.

“Lake” is the longest one. Over seven minutes and it is a journey. It is a trip, too, that although it sounds like it came out in the early 2000s – and the band haven’t made much of an attempt to “modernise” if you will – still sounds relevant.

I’ve always believed that if you fit in nowhere, then oddly you can belong anywhere you please, and that’s Vex Red. The band that won’t appeal to everyone, can be loved by just about anyone.

Either way, “Give Me The Dark” is one of the comebacks of the year – if you like this sort of thing, obviously.