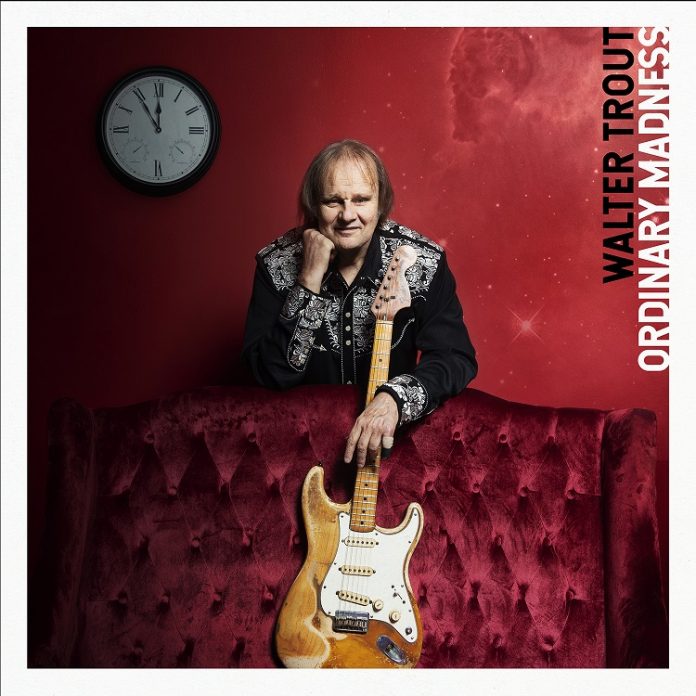 I was listening to something the other day which marked the 30th anniversary of George Michael’s “Listen Without Prejudice Vol 1”  (which ironically, I don’t think I’ve ever heard) and on the programme there was a discussion about the fact that every artist on the planet was trying to get listeners to do the exact opposite.

They do have a point. After all, I bought “Chinese Democracy” even though I knew it was never, ever going to match “Appetite for Destruction”, and I’ve bought countless records, gig tickets and all sorts over the years because when you love an artist that’s it. You don’t really – not often anyway – go off something you loved with all your heart. In fact, outside of football, there’s nothing that can engender such passion, as a new album by an artist you truly love.

So, with that in mind I’ll say this: I consider Walter Trout (along with Rory Gallagher, who I never had the privilege of seeing) to be the greatest blues rock guitarist ever. There are students of the genre that can argue about whoever and whatever they like, but in my opinion (which admittedly counts for nothing) nothing and no one else can convey the emotion, the sheer joy that Walter Trout can.

Every time I’ve seen him play live over the last 15 years or so, without question, you come out of the gig, going “that was better than last time” with the worlds biggest smile on your face.

That’s been especially true since his seminal – and I don’t use that as a cliché – “Battle Scars” record. Each of his records post-recovery has been touched with genius. Which for the merely, well, ordinary, might present an issue for “Ordinary Madness”, but lets do away with any form of convention and structure in this review shall we? The conclusion is simple: “Ordinary Madness” is more extraordinary music.

The reason is clear. Walter (and somehow you feel on first name terms with him) is never just content to give you the same old thing. They might only be small things, but he always wants to grow. From the odd intro to the title track (done by his son, Jon) to the slowly, deliberate rawness of the lyrics to the song, this is special. So special, in fact that almost the last thing you notice is the thing that should have been front and central in your thoughts: that he’s just ripped one of the finest guitar solos you ever did hear, seemingly out of the clear blue sky.

It’s typical of him, actually, that he follows this with just the most straight ahead rocker you can imagine. Teddy ‘Zig Zag’ Andreadis channels some kind of Jon Lord Organ and “I Wanna Dance” encourages you (and maybe reminds him?) to celebrate life.

There’s a line in that one too. “The music, it lives inside me” he sings and you just know Trout means that, and he’s capable of some real beauty. “My Foolish Pride” is gorgeous as he recognises his failings. But more, he’s not beholden to the blues, it’s just ingrained in his being.

Instead, he one minute gives you a Tom Petty-flavoured rocker, the aptly named “Heartland” before cutting lose with a proper bluesy ballad. “All Out Of Tears”. You can see him jamming this one for ages on stage, and it’ll be brilliant then too. The lyrics are especially poignant. Written with Teeny Tucker, as a tribute to her late son. It is a centrepiece, and a fitting one.

There’s just something effortless in the way he does things, the way he switches gear. Southern Rock is nailed on “Final Curtain Call”, a harmonica drenched thing that tackles the aging process head on – and probably wins, to be fair.

His wife, Marie, supplies the lyrics for “Heaven In Your Eyes”, which is the literal musical embodiment of the light at the end of the tunnel, and there’s a real band feel here. A chemistry that you can’t fake as Trout and his long standing crew play with a feel that is totally organic.

The onset of time – he’s 70 next year – is seemingly writ large throughout the record. There’s something psychedelic and 60s sounding about “The Sun Is Going Down”, not a million miles from Gov’t Mule, perhaps.

Things get a touch funky on “Make It Right”, a simple love song with harmonies that soar. “Up Above My Sky” feels like an anthem for the current times. Trout, never off the road has no doubt had plenty of time to think, and the way this builds might be the result.

They might just have saved the best for last. “OK Boomer” balances Trout’s comfort in his own skin, and his love for music in equal measure. But it’s more, so much more. You know that legendary Bob Dylan bootleg where the fella shouts “Judas!” and Bob sneers, “play loud” with more menace than Johnny Rotten? This is the modern equivalent. He’s daring you to tell him to turn it down. He’s daring you to tell him to slow down, never mind stop. And that’s essentially “Ordinary Madness.”

“I’m geriatric and I am proud” he screams, more or less, here. He is, but he’s also Walter Trout, and he might just be the king.