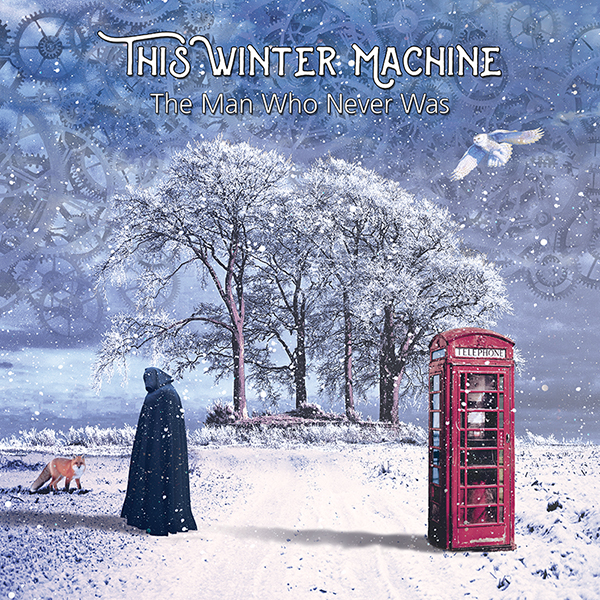 Looking for the next great British prog band? Allow us to assist

Remember when you were at school? There was always that kid wasn’t there. The one who was cleverer than you, better looking, better at sports, and he probably got off with the girl you really liked at the school disco, while you were stood with your mates pretending it was her loss anyway. But you know what? He was a really decent bloke too, you couldn’t help but like him….

Well it turns out there is a modern day prog equivalent. They are called This Winter Machine and “The Man Who Never Was” is their debut record.

The Yorkshire based five piece are all experienced musicians, they have been on stage with artists as diverse as Uriah  Heep  to  Marillion  to  Tim  ‘Ripper’ Owens and Uli Jon Roth. For the vast majority of the personnel in TWM this is a first stab at prog. Which must make the quality of the five tracks here almost galling for those bands that have made a lifetime’s work of trying to perfect the thing, because n their first go This Winter Machine have casually stepped up to the plate and knocked the ball out of the park.

And just like that kid at school, so good are they at it, then everyone is going to wish them well.

As markers go, the 16 minute title track, split into four parts is just a bit special. In fact, there’s a very real possibility that it might be a just about the best first song on a debut album since “Welcome To The Jungle” in 1987, echoes of the greats from Marillion to Porcupine Tree, Dream Theater and Genesis are all here, but the is something of the melodic rock about this too and the line “I never was the man I used to be” is one of the most thought provoking in years.

Most bands might be content and leave that there, but TWM are not most bands and the gorgeous “The Wheel” is quite the follow up, and possesses a genuine hook as it goes about its work and the haunting melody that is picked out at the end is pretty special.

“Lullaby (Interrupted)” is further proof (which by now is not needed) that there are some very special ability , and the guitar work of Jevo is mightily impressive everywhere on the record, but particularly so here. “After Tomorrow Comes” on the other hand is driven by the wonderful keyboard skills of Mark Newman and it isn’t much of a stretch to suggest that if Magnum (former touring buddies of This Winter Machine) really explored their proggy side then something like this might be the result.

The record barely needs to get better – or more grandiose – but the incredible closing track “Fractured” does both those things. The guitars are darker and heavier, the keyboards just a little more parping and this is as close to perfection as debut records get.

This Winter Machine have created something that verges on the incredible. The first great prog record of the year is right here and it is called “The Man Who Never Was”.