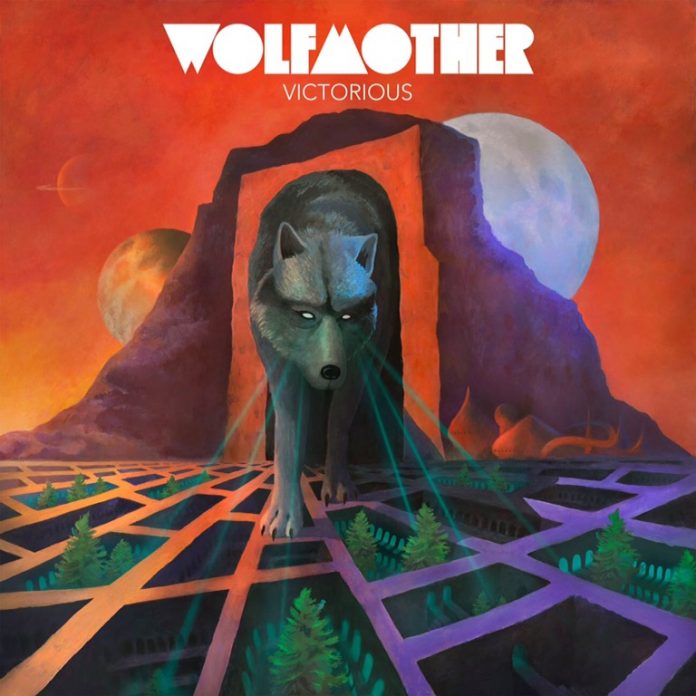 Andrew Stockdale returns to the fray

Wolfmother have been re-writing that rulebook for a decade and they’ve merrily disproved many a theory on that time. Including exactly how a band should be. For this record, as it happens, main main Andrew Stockdale played most of the instruments and brought in a a couple of drummers to share the load, including Josh Freese (A Perfect Circle).

The result is a record that owes more to that debut (now staggeringly 11 years old) than the last couple, although that’s no slight on them as 2009’s “Cosmic Egg” in particular was an incredible affair. Rather what Stockdale has done, in conjunction with Producer Brendan O’Brien – no stranger to the bombastic rock sound given his work with the likes of Springsteen and Pearl Jam – is boil the sound down to two things: Rock. And roll.

The riff is king here, and there’s barely an ounce of fat needing to be trimmed off. “Victorious” is an album which is also short and to the point, with its 10 tracks clocking in at less than 40 minutes. This point is neatly made by opener “The Love That You Give”, all two and a half minutes of it, it gets in and out as quick as it can, while the title track is full of Led Zep intentions and soaring chorus.

Never re-inventing the wheel as they understand the wheel has done the job perfectly for years, Wolfmother merely give things a subtle twist. To that end “The Baroness” is Sabbath but with a glam rock sheen, “City Lights” on the other hand is just a stomper with a hook only bettered by Thin Lizzy-esque twin layers of guitar.

There are also moments where the tempo drops to a fine effect, “Pretty Penny” is warm and lilting, and even better is the mid-paced “Best Of A Bad Situation” which is all harmonies and summer – complete with gleeful handclaps.

The reason Wolfmother are so popular is quite simple. Andrew Stockdale writes brilliant songs. “Victorious” is choc full of them, but even allowing for that “Gypsy Caravan” is a special effort and is a real highlight here and “Happy Face” nearly matches it for pulsing, downtuned goodness.

As “Eye Of The Beholder” closes things in suitably classy – and classic rock fashion, barely constraining itself throughout, there’s a feeling that it sums up the whole record. It’s almost like the song in particular – and Wolfmother in general – really wanted to jam until the sun came up but decided to entertain us rather than themselves.

It succeeds in that aim and just about every other one too. “Victorious” will surely turn into something akin to a victory lap.