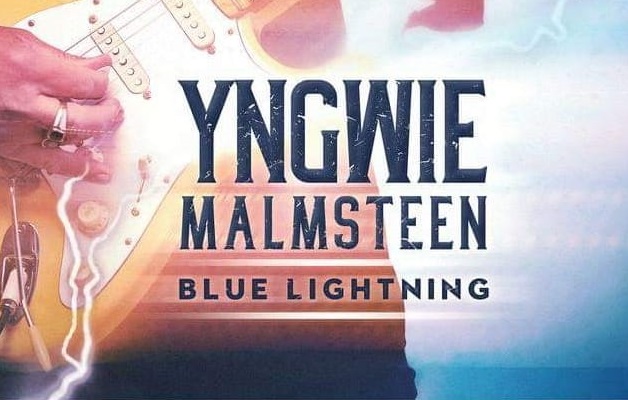 Swedish guitar uber-lord delves deep into blues, or a modern slab of it, as he provides his unique take on music that has inspired him from The Rolling Stones to Jimi Hendrix via Deep Purple with all manner of legendary artists in-between on album number twelve.

To afficiandos of the six-string then Lars Johan Yngve Lannerback, or Yngwie Malmsteen as he is more commonly known, needs very little in the way of introduction and build up.  The 55 year-old guitarist, songwriter, band leader and producer has been at the forefront of the neo-classical and instrumental rock scene for the best part of 30 years.

The opening title track gives the game away with his free rolling lyrics merely leading the listener into the real reason we are here and that is the man’s incredible guitar work.

Malmsteen, along with his brothers-in-shredding Steve Vai and Joe Satriani, has always been one to walk his own path irrespective of popularity or mainstream acceptance.  It is an attitude which has done his soul and music the world of good if not the bank balance.  Never one to rest on his laurels he fearlessly, and occasionally somewhat recklessly ventures into the unknown.

Whilst the album is chiefly comprised of covers there are a few new nuggets from the pen of Yngwie which warrant merit. Alongside the title track there is the bluesy dream of “Sun’s Up Top’s Down” and the instrumental majesty of “Peace Please”.

Another newbie “1911 Strut” is a fun filled two minutes forty seconds that leads nicely into the album’s finest track, a stunning and defining cover of ZZ Top’s “Blue Jean Blues”.

The quality of Malmsteen’s guitar work has never been in doubt, and for a serial abuser of the six-string like myself I’m in no position to pass judgement, however the quality and sustainability of his output in recent years has been questioned. Malmsteen’s voice on the other hand has improved over the years and he now finds himself in a very comfortable and easy on the ear sound that brings to mind some of the vocalist’s his recent collection is covering.

The production, handled by the man himself, is a little muddy at times and lacks the crispness and clarity that one might be looking for, particularly when put up against the aforementioned contemporaries.  A touch of restraint might be the order of the day for the next release.

For now Yngwie Malmsteen is continuing to add to his already stellar legacy by paying homage to some of his heroes and there ain’t nothing wrong in that.

Blue Lightning is out now via Mascot Records