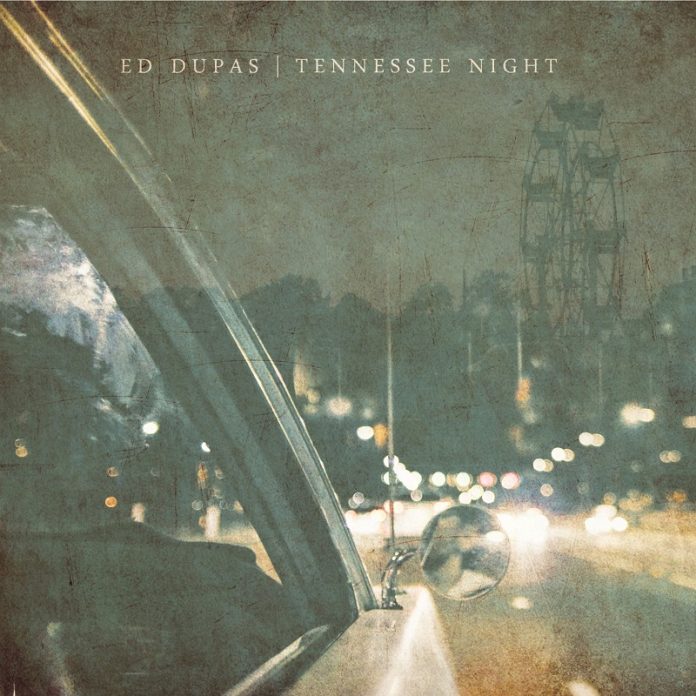 Driving country from near the motor city

For all the wonderful music that comes from Detroit and its wider conurbation (and the home town of Alice Cooper will always do for us), you probably wouldn’t automatically associate it with great country – unless you count Kid Rock, of course. No? Ok then.

Anyway, along comes Ed Dupas, resident of Ann Arbor (according to Google Maps some 43 miles from Motor City) to change all that, because he is off and running on this, his second album to show he is a real American Badass.

His debut “Good American Life” was critically acclaimed, but almost entirely acoustic. As if to emphasise that is not the case this time, “Tennessee Night” opens with  “Too Big To Fail” a riff that recalls early Steve Earle records. There is a real urgency here, as Dupas offers his thoughts on the situation his country finds itself in. “there’s people on the roof, and there’s people in the streets. They are shouting names and wanting change, the kind they’ve never seen, “ he offers. “And I can’t say how it’s gonna be, or if true love will prevail. But I still believe that love’s too big to fail.

The album was recorded live over three days, and it positively crackles as a result. “Two Wrongs” is almost perfect country rock n roll, if it was Jason and the Scorchers then it wouldn’t be out of place.

Not that Dupas has forgotten how to do straight up country either. There is wonderful Lap Steel work all over “Heading Home Again”, for example, and he hasn’t forgotten how to do heartbreakingly fragile acoustics, as “Do It For Me” proves, it’s just that he has taken everything up a notch with this.

“Some Things” is world weary, and picks over the embers with a wry smile, “there’s some things you just can’t undo, “ goes its chorus, “what you’ve done to me and what I’ve done to you” and Tara Cleveland adds some clever female vocals here.

As the collection goes on it becomes more melancholy – but as all the best music has always come from pain that is entirely a good thing – and “Up Ahead” is the type of vignette that Springsteen tried on Devils And Dust.

Rock n roll is to the fore here mostly, though and “Anthem” is suitably strident, albeit it is balanced nicely with the understated shuffle of the duet “Everything Is In Bloom” where Cole Hanson is the star.

Nothing here is too long and the brevity is a strength, “Promised Land”  has a confidence about it, the title track is another to make fine use of Hanson’s fine voice on the harmonies, and the closing “Hold Me Tight” is achingly gorgeous.

It is also an acoustic song – more akin perhaps to the work on the debut. Ed Dupas is magnificent at that, but we already knew. What we didn’t know was how varied an artist he could be. On “Tennessee Night” he has broadened his horizons to wonderful effect.