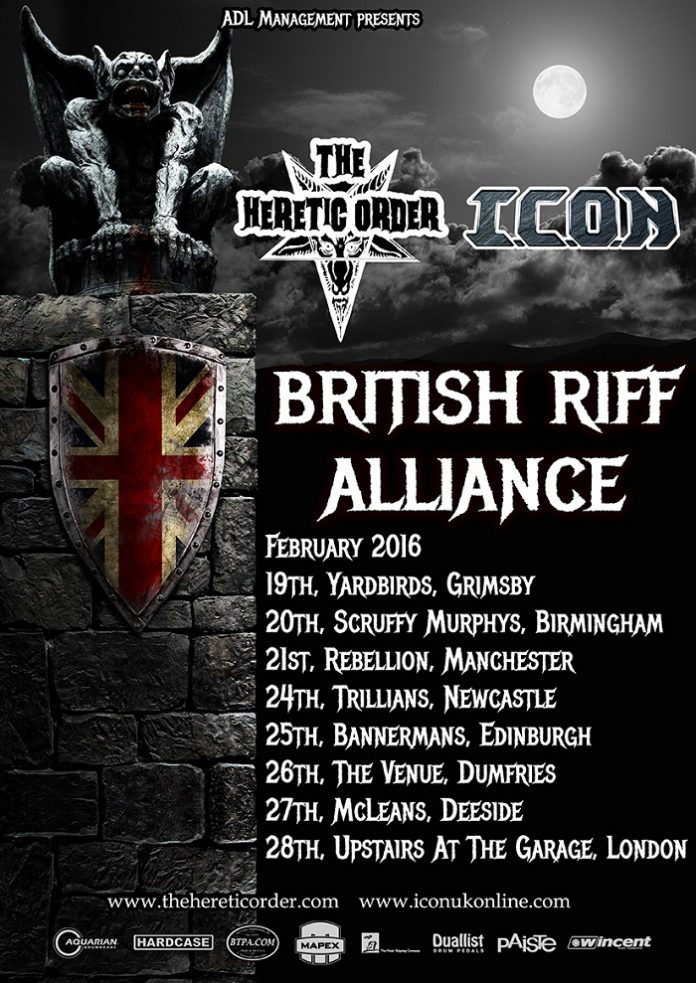 Brit metallers team up for tour

British metallers I.C.O.N and The Heretic Order will be joining forces and bringing their music to various corners of the UK in February 2016 in support of their latest releases.

In June 2015, I.C.O.N released their second album ‘The Blacklist’ on Metalbox Recordings

I.C.O.N are currently on tour with Operation: Mindcrime throughout Europe.

In September 2015, The Heretic Order released their debut album ‘All Hail The Order’ on Massacre Records

The Heretic Order have played Bloodstock, Hammerfest, supported Exodus, Diamond Head, Wolf, and played in the UK and in Europe.

Tickets will be on sale shortly.