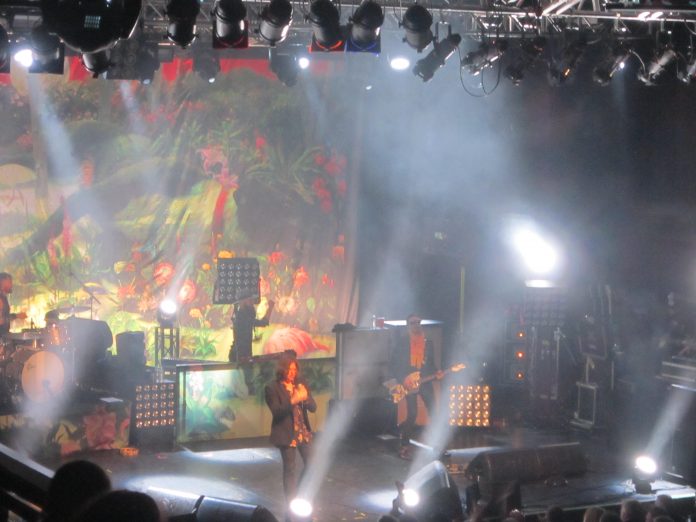 Watching The Sheepdogs in front of someone else’s gear again tonight causes a strange feeling of flashback. It was seeing the Saskatoon five piece open for The Temperance Movement a few years back that really showcased their outright brilliance. But to be honest, they’d better be good, because rather like the footballer with the coloured boots, if you come out onto someone else’s stage – hell, any stage – attired like The Sheepdogs are tonight, then, brother you’d best back it up. Their desire not to fit in to any current musical trend, never mind a fashion one, is encapsulated, perhaps, in their opener “I’m Gonna Be Myself”, while “I’ve Got A Hole Where My Heart Should Be” is a lesson in rock n roll. There is a moment in “Who” when Jimmy Bowskill’s solo kicks in and to be fair you can’t help wondering why the last time they played the second city it was in a tiny little venue holding 150 people (“we sold it out though, boom!” deadpans singer Ewan Currie). “Southern Dreaming” makes all their Allman Brothers fantasies come true, and if “Cool Down/Brass Ring” is a hell of a journey, then “Feeling Good” has a riff of the more metal variety. “I Don’t Know” and the damn near perfect “Nobody” close things down and really, The Sheepdogs are, frankly, winners of the best in show by a long way here, never mind the best dressed. 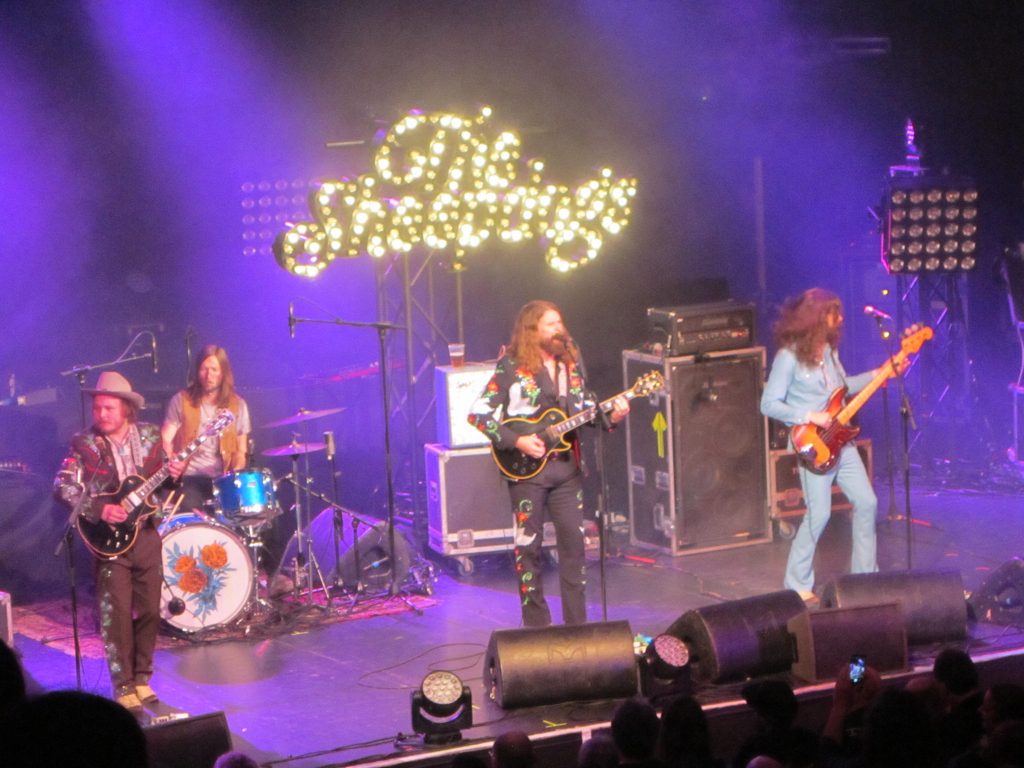 Speaking of last time’s in Brum. Rival Sons had a pretty good reason to be here a couple of years ago. The small measure of the last ever Black Sabbath gig. The 13 months they spent on The End tour has helped them no doubt, and the Academy main room is heaving tonight.

There is a moment in “Pressure And Time” when Jay Buchanan leads the crowd in a chant of “build it up” and “rise up” and its hard not to draw parallels between what is being said here and what has happened to the band.

Then there’s “Feral Roots”. The new record has only been out 10 days or so, but it is brilliant. Everyone knows it is. And if return to form sounds like a cliché, then it is true in this case. The band know it too. They play nearly all of it, and are clearly revelling in sounding like Rival Sons again.

The opener of “Back In The Woods” is good, “Sugar On The Bone” is better, and that’s before they’ve had a crack at the aforementioned “…Time” and “Electric Man” – both, very obviously fan favourites here, with “Too Bad” about to join them.

So far so good, but – and I have to be honest here – RS have always lost me at their more mystical moments. People might love “Jordan” but those people aren’t writing this, and “Stood By Me” could do without being a jam too, with “Torture” likewise elongated.

There are moments in the second half which touch the first. The title track of the new one, the superb “Do Your Worst” for example, but too few for my liking.

The encore is at least shorter and sharper. “Shooting Stars” – a simple plea for unity “my love is stronger than yours” sings Jay Buchanan, who does have a certain charisma about him, before “Keep On Swinging” delivers its closing blow.

Now, Rival Sons deserve credit for doing it right. For, rather like Black Stone Cherry, working hard and building a fanbase, and also for not resting on doing loads of “Pressure and Time” tunes and keeping things fresh.

It is also true to say, given that 1400 punters would basically have eaten out of their hands for 90 minutes here, that Rival Sons are headlining arenas in a couple of years, they’ll do a fine job.