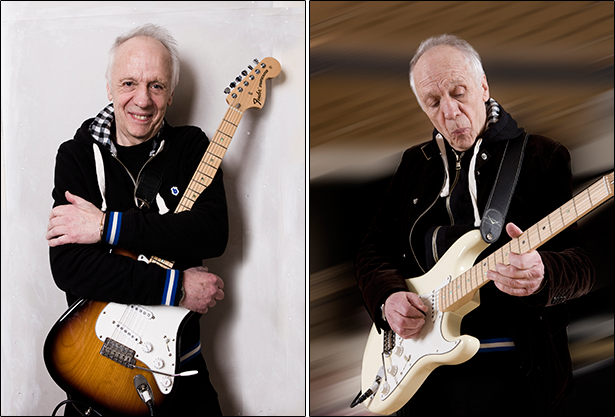 If you can’t wait until March, here’s what you need to know

Highly anticipated as his first new studio album since 2013’s critically acclaimed Roots And Branches, Robin Trower’s Something’s About To Change, will be released by Manhaton/V12 Records on 9th March 2015 – the same day as his 70th birthday.

When it comes to a new album by Robin Trower, some things never change. The guitar work will be breathtaking. The song writing will be heartfelt and fearless. The vocal will siphon the soul. True to form, from the opening swoop of electric guitar, Something’s About To Change is a thrilling encapsulation of everything fans love about the celebrated bandleader. And yet, as the title implies, this album finds Trower twisting his talent into bold new shapes.

Something’s About To Change confirms a world-class musician at the top of his game. With his own V12 record label allowing Trower to bypass the spirit-sapping protocol of the conventional record industry, it comes to no surprise this new album sounds so vital. While palpably influenced by Trower’s deep love of post-war U.S. blues, its personal themes and visceral music means that it will resonate with every generation. “As a songwriter and a performer, you use everything at your disposal to put into songs,” reflects Trower.

The songs remain the cornerstones. Trower’s astonishing fretwork may sometimes take top billing, but the all-original material of Something’s About To Change speaks of the gas in his creative tank. Fallen drips with atmosphere. Riff No. 7 (Still Alive) moves with power and purpose.

Tracking alongside long-standing producer Livingstone Brown at Studio 91 in Newbury, this was not a dry exercise in box-ticking, but a bid to capture the rare chemistry between Trower and his band. On drums, Chris Taggart’s touch can be thunderous or feather-light. On organ, Luke Smith slips between his roles as support player and sparring partner on standout cuts like What You Never Want To Do. Leading the line, of course, is Trower himself, playing bass for the first time, alongside his unmistakable soul-in-fingers guitar parts. “There is some sort of feeling of emotional release,” he says, “when you play a note that rings out right.”

Trower, of course, has plenty of peaks to choose from in his six-decade career. Hailing from Southend, he hit the London circuit of the early ’60s with fledgling R&B group The Paramounts, but it was his 1967 arrival in the line-up of Procol Harum that made his guitar work headline news.

A lesser talent might have settled for that meal-ticket, but Trower soon proved his questing spirit, quitting the British heavyweights to score his first solo smash-hit with 1974’s ageless Bridge Of Sighs – an album that made him a household name in the States and still sells an annual 15,000 copies in modern times. “That’s a powerful piece of work,” he told The Blues Magazine, “but it was because of Jimmy Dewar’s singing that it crossed over into the mainstream.”

While his ’60s peers were content to tread water and trade on former glories, Trower kept moving through the decades. The ’90s saw him partner Bryan Ferry on the well-received Taxiand Mamounaalbums, while his collaborative nature led to post-millennial alchemy alongside Jack Bruce on 2008’s Seven Moons.

When one of the most celebrated – but least outspoken – practitioners of electric guitar declares that “I can’t remember ever being so happy with a finished album before”, you’d be well-advised to sit up and take notice.

To support the release of Something’s About To Change Robin Trower will embark on a 17-date March/April Tour. His special guest will be guitarist and singer/songwriter, Joanne Shaw Taylor.