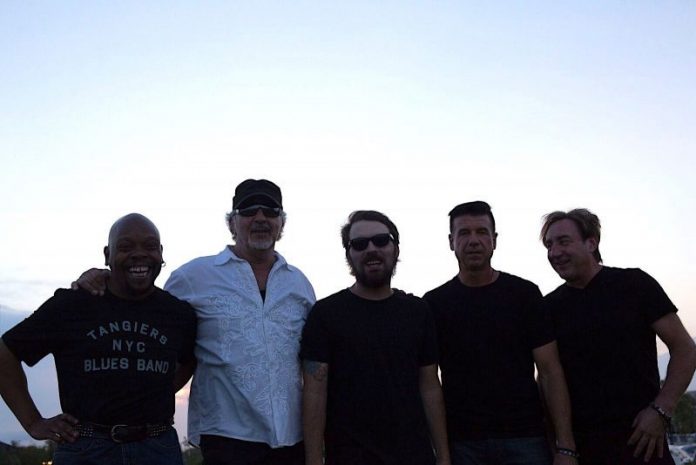 If it’s worthy rock n’ roll that you’re after, the latest release from Joe Grushecky & the Houserockers, ‘More Yesterdays Than Tomorrows,’ will most certainly meet your requirements. “‘More Yesterdays Than Tomorrows’ is our first studio recording since 2009’s ‘East Carson Street’,” the band leader, Joe Grushecky explains. “The last few years have been marked by loss and turmoil. This record has me facing down the past while looking to embrace the future as a man who has definitely seen more yesterdays than tomorrows. That does not mean we are ready to go quietly into the night. Rather, we are starting fresh with a new hard earned perspective and a new line-up. The Houserockers are more than ever, ready to rock.”

Joining Grushecky on the album is guitarist Danny Gochnour, bassist Jeff Garrison, and drummer Joffo Simmons, as well as a certain person that Grushecky has known for years. “My son, Johnny, who was born a Houserocker, steps into a new role as producer along with our soundman, Brian Coleman, and long-time producer, Rick Witkowski. Together, they have fashioned a sound that is both fresh and familiar.”

There are certain tracks on the album that standout for the singer/songwriter. “‘More Yesterdays Than Tomorrows’ asks us to come together and help each other. It ties our past to our future and asks us to do our best in the here and now. It’s about waking up every day realizing your days are numbered, but indeed it is a brand new day. The Houserockers are the driving force behind the song proving we have no plans on slowing down anytime soon.”

“‘That’s What Makes Us Great,’ ‘Burn Us Down,’ and ‘Hell To Pay’ are my state of the disunion address. As I was writing these songs, I asked myself, ‘How close are we to losing what we hold dear?’ Especially the song, ‘That’s What Makes Us Great’, which was the first single from the album, we collaborated with my good friend, Bruce Springsteen, to make one heck of a rocker. And ‘One Beautiful Night’ is my tribute to the Brill Building and all of those old great Drifters records. I wanted the listener to feel like they were strolling down the Boardwalk on a hot summer night. And with ‘Work in Progress,’ I just want to get a little better everyday. “Hope I die before I get old.” No way. On this record, we put all those years learning our craft into the songs.”

It’s surprising that “Joe Grushecky” is not a better-known name amongst the rock n’ roll community. After all, he has worked with the crème de la crème of the rock business over the years: Mick Ronson and Ian Hunter are listed as producers of his 1980 release ‘Have A Good Time but Get Out Alive!’ (Steven Van Zandt was unlisted as a co-producer), Steve Cropper produced his 1981 set ‘Blood on the Bricks,’ and Bruce Springsteen (Bruce Springsteen!) produced Joe’s 1995 album ‘American Babylon,’ and toured with Grushecky as his guitarist that same year (Bruce and Joe have continued to perform and co-write together).

Hailing from Pittsburgh, Pennsylvania and serving as the leader of the Iron City Houserockers, Grushecky and company created a buzz with ‘Have A Good Time but Get Out Alive!,’ which Rolling Stone called a “new American classic.” And despite never scoring that all-important breakthrough hit, Grushecky has certainly built a following, which continues to this day – as evidenced by the arrival of ‘More Yesterdays Than Tomorrows.’

As the man himself states, “This record is an essential for all fans of Joe Grushecky & the Houserockers, and everyone else who just loves rock n’ roll.”

The title track from the new record “More Yesterdays Than Tomorrows” recorded live in Pittsburgh, PA at The Church Recording Studio as part of the Joe Grushecky and the Houserockers exclusive album listening party can viewed be here: