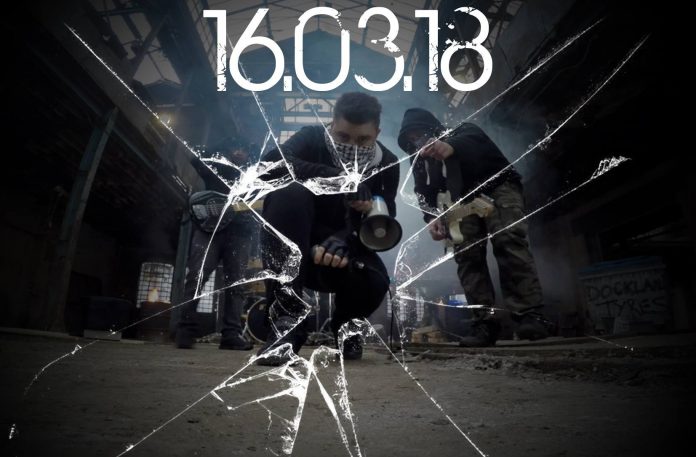 ROSEN are an extremely dynamic and culturally diverse unit. The quintet are
comprised of members hailing from Poland, Czech Republic, Denmark and Iran.
Now residing in London, and featuring Frisco (Drums), Matt Ress (Guitar),
Kam Ikaze (Bass), Cole Sław (Keys), and Frhetoric (Vocals), ROSEN arrived on
the scene last year and are already creating a stir for their politically
triggered hip-hop/nu metal fusion which takes influence spanning from Limp
Bizkit and Faith No More, through to Korn and Cypress Hill.

With lyrical themes that cast views on social commentary, the band’s debut
single, High Tech Low Life touches on
social media and narcissism. While their forthcoming single, Riot, addresses
the current political climate of censorship, ignorance and a lack of
purpose. Vocalist Frhetoric remarks about the creation of the single: “Our
guitarist Matt came up with some really cool riffs influenced by Korn and
Rage Against the Machine, and the chorus just screamed “Riot” at me, so that
was the starting point for the song. I wrote the lyrics from the point of
view of Antifa activists, as I’d been watching their anti-free speech riots
at Berkeley in 2017.”

ROSEN deliver Riot through all stores on Friday 16th March, and the
crossover crew plan to release further singles and a tour throughout the
Spring. Stayed tuned to http://www.facebook.com/RosenOfficialUK for updates.