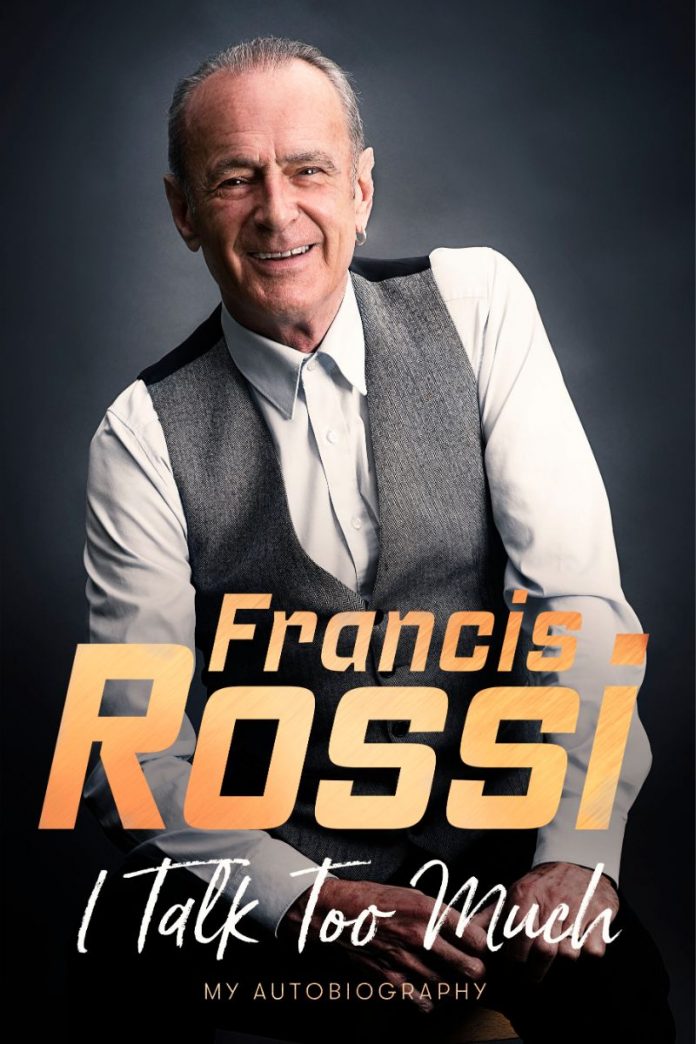 Rock legend Francis Rossi will hit the road in Spring 2020 for a mammoth 60-date spoken word tour – fresh from the success of his best selling autobiography ‘I Talk Too Much’ and number one country album ‘We Talk Too Much’.

Rossi has been thrilling crowds in theatres and arts centres across the UK this spring and is hitting the road again next year due to unprecedented demand. With many of his 2019 shows selling out, he’ll be back from March 11 until June 9 next year. He’ll visit England, Scotland, Wales, Northern Ireland and Ireland, reaching all parts of the British Isles.

His show, also called ‘I Talk Too Much’, features Rossi in conversation with best-selling author Mick Wall. The Status Quo star also takes his guitar on stage to treat fans to some acoustic music.

Rossi said: “I’ve been thrilled by the success of my first spoken word tour. The venues have been packed, the fans have been having a great time and I’ve been enjoying it too.

“The venues and fans wanted us to go out again, so we’ve bowed to demand and we’ll be on the road next spring.”

Rossi’s autobiography entered the chart at number three and remained in the top ten for a month while his Country album with Hannah Rickard went to number one on the Country Chart.

Tickets will go on general sale on Friday 26th April at 10am from: http://statusquo.co.uk/

Full dates are below.