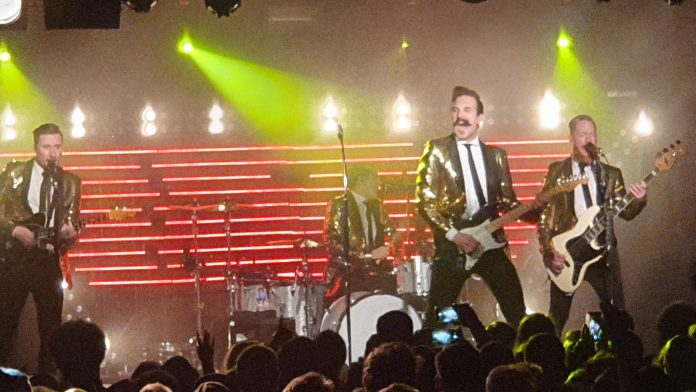 Blackout Problems have a lot going for them. A youthful ebullience that I could only dream of, a career that is just switching gear, and a sound that belongs in the modern era. And it seems like the four young men from Munich – who helpfully all have the initial M in case you forget where they are from – are intent on enjoying their first full European Tour. There is something a touch emo about work like “911” and “Limit” and there is no doubt that BP mean every word of this. “Queen” is perhaps the pick of them, but “Rome” warms things up for a finish. It is worth pointing out, too that these are not some callow youths, despite their appearance, and they have been around a while. The closing song here – who’s name I don’t catch in truth – is dedicated to Greta Thunberg and is a plea for togetherness and unity, and its warning is stark. Blackout Problems clearly have things to say – and a vehicle with which to get that message across. 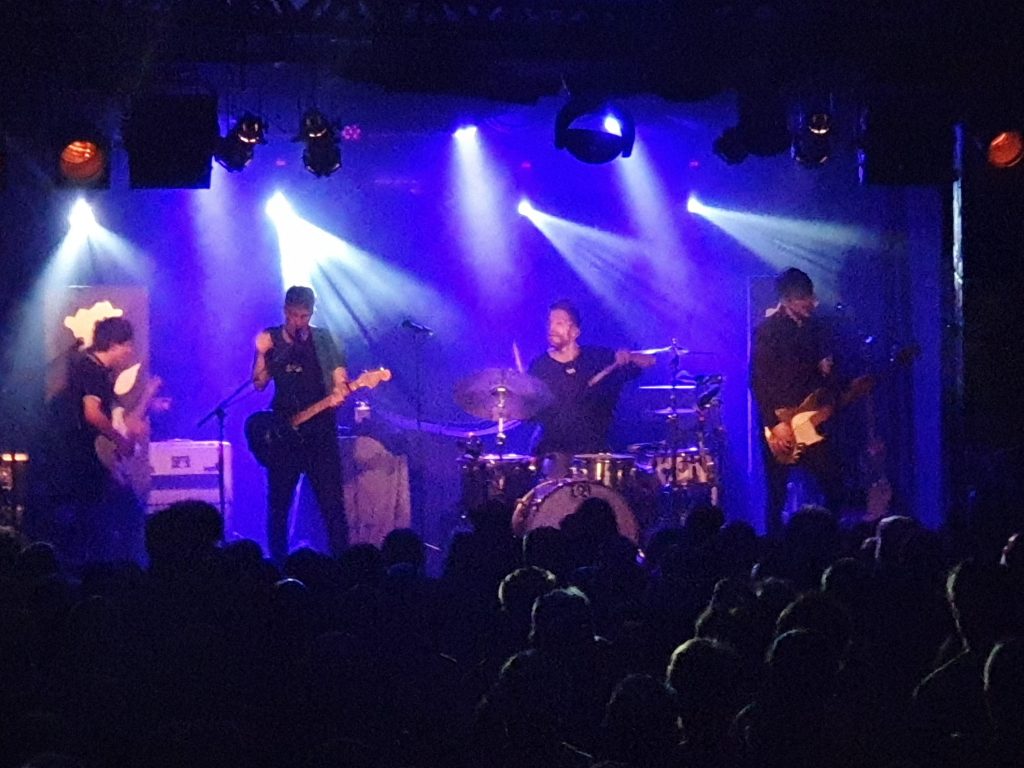 The question, “who’s got our new album?” is usually rhetorical. No one cares, really, it’s just something to say.

Unless, that is, the person asking is Adam from Royal Republic.

You see, Adam from Royal Republic needs to know. He’s concerned for your welfare.
And why? Well, notwithstanding the fact they do a more than passable go at “Battery” by Metallica for grins in the encore, Royal Republic are not the most metal of bands on the Nuclear Blast roster. They never were, but “Club Majesty”, their brand new record, is a day glo middle finger to all the shit in this world, it is a neon light of hope in a morass of darkness.

It is also pop. It is also disco. And they are here to play almost all of it in their sparkly jackets (and RuPaul, who is performing next door in the big room might have rejected them for being just a little too ‘out there’). So, “who’s got our new album….?” Can be rather translated as: “you’d best like our new album, otherwise you aren’t going to enjoy this much.”

Because I do love “….Majesty” but watching RR do their thing – and saying ‘strut their stuff’ would be more literally true – is so uplifting, so utterly fun, that if you have a ticket in the first place you must know you are just going to get swept up in the tide.
So for 90 minutes, at the risk of seeming trite, you just forget all the bullshit, forget all the Brexit, forget the fact your football team is lurching to another relegation (ok, that one might be just me) and glory in the glory of rock n roll.

“Fireman And Dancer”, “Can’t Fight The Disco” (and by the way, you really, really can’t) and “Make Love Not War (If You Have to Make War – Make Sure to Make Time to Make Love in Between)” (surely the greatest song title there is?) pass by in a glitterball of noise and there is more – much more where that came from.

The first pause for breath doesn’t come for about half an hour. Then it’s only for a Keytar solo which includes “The Final Countdown”.

Suitably recharged after that, they get really revved up. “Stop Movin’” and “Walk” see the sort of synchronisation that brings to mind a very camp Status Quo or a the Scorpions as Butlin’s Yellow Coats, and if there is anything that induces more grins that “Tommy Gun” and “Anna-Leigh”, then can someone send it me please.

After a lengthy discussion on why there was to be an encore (essentially, they got paid and it was in their contract), there was indeed one. “When I See You Dance With Another” was all very well, as was “Flower Power Madness”, but the glorious simplicity of “Baby” does the trick. It really does. And you cannot resist it, no matter how hard you try.

And even better, there is nothing forced about this. These are not the sort of arseholes that have a “you don’t have to be whacky to work here but it helps” sign on their desk just to prove what a “character” they are, when you know they are some other word beginning with c. Nope, this is Royal Republic being natural. Born entertainers. And you sort of have to join the club.