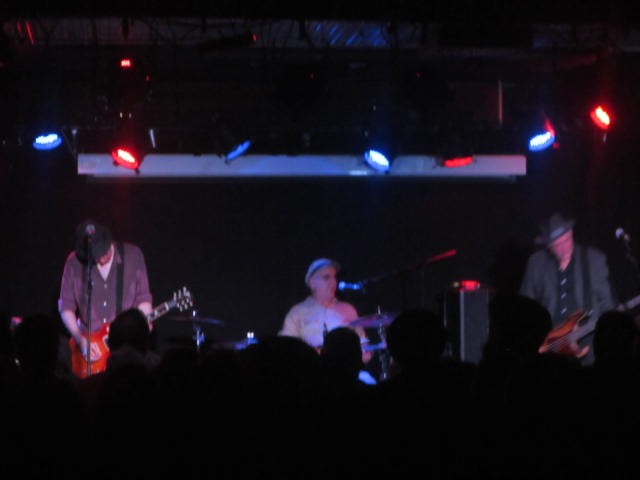 Damian gets emotional as one of his favourite crossover acts plays

I have always liked the Ruts as they were a reggae influenced punk band and I was listening to artists such as Gregory Isaacs, Dr Alimantado, I Jah Man Levi, Culture and Burning Spear when they came on the scene in the late seventies. So I was so looking forward to seeing them when the tragic news about lead singer Malcolm Owens death was announced. The question that has always stayed with me since was how big they would have become if fate hadn’t had a hand in their destiny.

Ruts DC (DC standing for the Italian term da capo meaning “back to the beginning””) have reformed with original bass player John “Segs” Jennings on vocals, Dave Ruffy on drums and guitarist Leigh Heggarty. They have played my home town of Birmingham a couple of times but I have never been able to attend so when the date in Wolverhampton was announced it was my opportunity to finally see the boys live. A new album “Music Must Destroy” has just been released and I was keen to see how these new tracks would blend with the older classics.

On the dot of nine, the lights dim and with little fuss, the boys stroll on stage to rapturous applause.

“West One (Shine on Me)” opens the set and I’m transported back thirty years. Shortly after we get “SUS” written about the suspicion law or the informal name for a stop and search that permitted a police officer to stop, search and potentially arrest people on suspicion of them being in breach of section 4 of the Vagrancy Act 1824. It was used particularly against black and ethnic minorities and repealed in 1981.

“Mighty Soldier”, an audience request ”Dangerous Minds”, “It Was Cold” and “No Time to Kill” about Syria quickly follow. What I love is that the band have always written politically but never in a preachy way. They seem to share their message with a very danceable tune.

A few tracks from the recent cracking new release Music Must destroy are shared with “Tears on Fire”, “Second Hand Child”, “Kill The Pain” and the anthemic title track “Music Must Destroy”.It`s worth making time to check out the video release that goes along with this song and features long time fan Henry Rollins sharing vocals,

The show edges up to a climax with another newbie in the guise of the wonderful garage rock track “Psychic Attack” sandwiched between the classics of “Jah War”, “Staring at the Rudeboys” and “Babylon’s Burning”. The guys leave the stage with the audience drained.

After a little encouragement, the fellas return for an encore with firstly “Golden Boy” written about singer Malcolm Owen and what the band may have achieved. “Backbiter” and the wonderful “In a Rut” to round off a cracking night and the faithful leave the venue tired and for me very emotional.

As the album states Music Must Destroy, well tonight these guys certainly did.