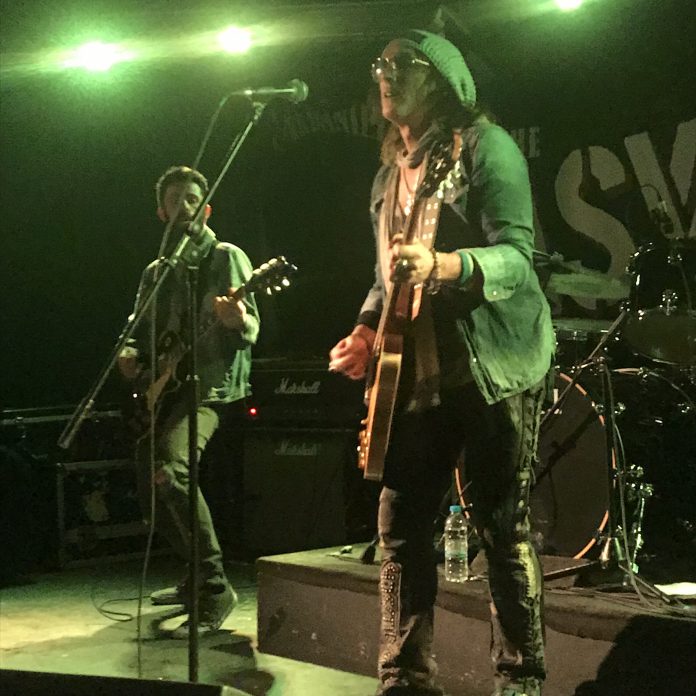 Devilfire’s Alex Cooper isn’t wrong when he says: “We are usually here with a proper band rocking out”. They are really good at it too and their “Dark Manoeuvres” album from a couple of years back was a brilliant debut, but for all the polish to their music, the Brummies always give off a vibe of not taking things too seriously, and there is a knockabout feel to their half hour here. What is serious, though, is the quality of the songs, which even acoustically are top class. “A Thousand Times”, “Ready For War” make good on the Bon Jovi comparisons that were readily available when the album came out, while although “In And Out Of Love) All Of The Time” might borrow a title from JBJ and the chaps it is actually much darker and bluesy in this setting. And, rather, that proves the point that a good song always translates well to being acoustically reworked. “Kill Your Love” even still manages to sound bombastic. Just before they play the last song “Waiting For A Rockstar”, someone shouts out “come to the US, come to Hollywood” and really, Cooper has probably been dreaming of that his entire life. With a period of gigs and crucially festivals coming up, there is every reason to suppose Devilfire are ready to make the grade. 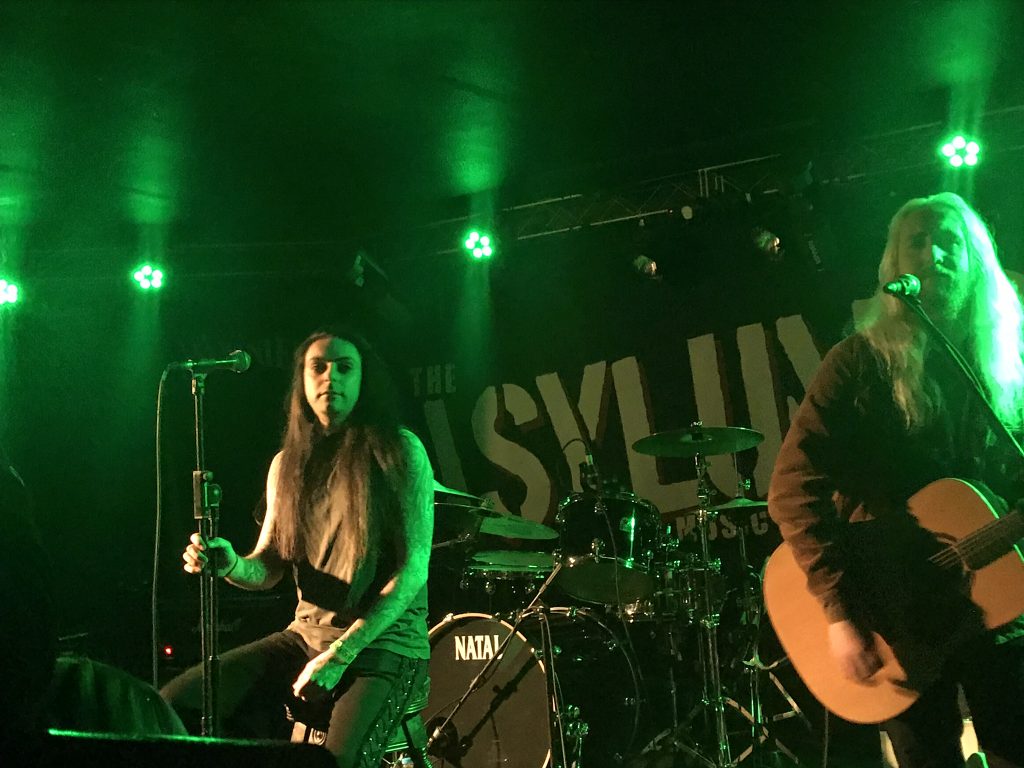 As Ryan Roxie himself puts it: “I’ve played guitar in 100 bands, but you’ve never heard of 98 of them….” Thing is though, he does this solo thing for fun. And the smile is never far from his face tonight.

Saturday night at The Asylum has a bit of a rock n roll ring to it anyway, and as he walks up to the stage (it is an oddity of this venue that the dressing room is at the back, meaning the band have to walk through the crowd to play. Rendering encores more or less impossible) to play “Big Rock Show” it is clear that the line I wrote when I reviewed his wonderful “Imagine Your Reality” record last year that: “Roxie doesn’t have to make solo records, but he needs to” equally applies to his live shows.

Let’s be honest, the fella gets to play with Alice Cooper in arenas for goodness sake. He isn’t here with 30 of his nearest and dearest (“we may be small but we’re mighty….!”) for any other reason than he loves playing rock n roll songs.

“To Live And Die In LA” is even better than the album version and his take on The Move’s “California Man” doesn’t need Robin Zander (who sings it with him on “….Reality”) to rule.

There was always going to be some Alice Cooper – and why not he’s the king, after all – but to do “Perfect” from “Dirty Diamonds” deserves real bonus points, as does the fact that most of the set is his own stuff. “Nevermind Me” and “Over And Done” are both fine cuts from “Imagine…..” and deserve to be heard.

And for 75 minutes they’re all in breathless mood. Roxie is a wonderful player, his solo is excellent, but he’s a convivial host. Moreover, when he plays Casablanca’s lost classic “Downtown”, which has an air of Springsteen about it, you realise just how many great projects he’s been involved in down the years.

“Schools Out” would end the set, but with no encores instead its straight into a cover of Johnny Thunders’ “God Put A Smile On My Face” which ends the album, before “Me Generation” is almost the perfect pop rock song. And you can say almost, because he finishes with arguably the best. You know it. Your mummy’s alright, your daddy’s alright, they just seem a little weird, right?

But Ryan Roxie, he won’t surrender (see what I did there?) not while there’s guitars to play and songs to sing. It’s not in his nature. “Thanks for leaving your house!” he exclaims. “No one does that in 2019.” Even if they hadn’t, I’d bet he’d have still played. He’s just that type of guy.