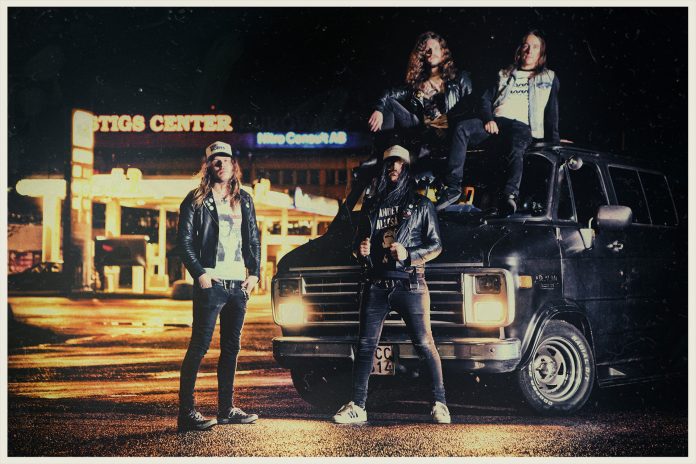 Speed has been produced and mixed by Micke Nilsson (The Kendolls, Brutus, Horisont), with artwork by Mangobeard.

On August 10 the band will release the first single Fast Action on 7”.

Last Friday the band shared an album teaser on their own Scumbag Millionaire TV, announcing the title and artwork.

The high energy action punk rockers from Gothenburg, Sweden are often seen as the lost sons of the ‘copters. Mixed with a healthy dose of sixties garage and seventies punk rock plus a near Brant Bjork backbeat, these guys have the tunes and attitude to stand out on their own merit.

“We are looking forward to finally release our debut album! It feels great to work with Suburban Records again who also released our 7″ singles Dead End and Gotta Move. During the recordings of the singles we found our very own sound much because of our producer and friend Micke Nilsson who has now also recorded and mixed our album.”
– Max Ljungberg, Scumbag Millionaire