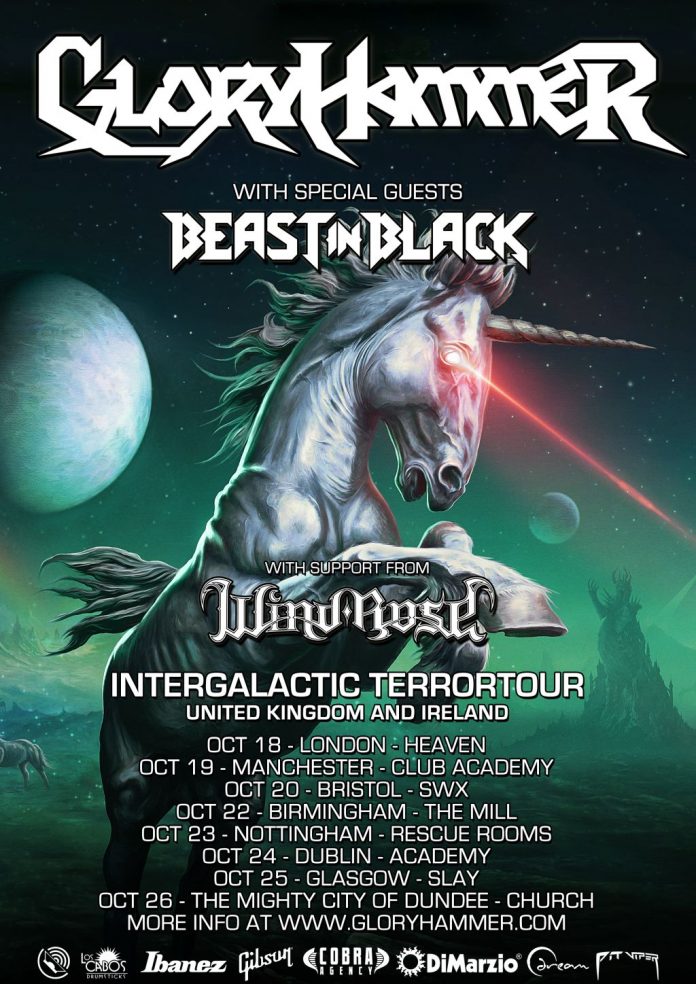 GLORYHAMMER are about to return from another epic quest, and they come bearing their new album, Legends From Beyond The Galactic Terrorvortex, due out late spring 2019 via Napalm Records! The galaxy waits in fear for the return of Angus McFife XIII, who fought the greatest battle the galaxy has ever heard of, against the evil sorcerer Zargothrax. All hope of the Kingdom of Fife lies in the strong arms and the infinite wisdom of their young prince.

And the mighty warriors of the galaxy have just announced an eight date headline tour of the UK and Ireland which kicks off in Heaven (the London one!) on October 18, 2019 and ends in the mighty city of Dundee. Joining them are BEAST IN BLACK and Napalm labelmates WIND ROSE.

GLORYHAMMER on the tour:
“Mighty Warriors of the Galaxy!
We are pleased to announce the next stop in the Intergalactic Terrortour, and GLORYHAMMER’s triumphant return to the United Kingdom and Ireland! This October, supported by Finnish Metal titans BEAST IN BLACK and the Dwarven legions of WIND ROSE, chaos will spread across the land, and one hell of a party will be had. Are you ready for epic battles?”