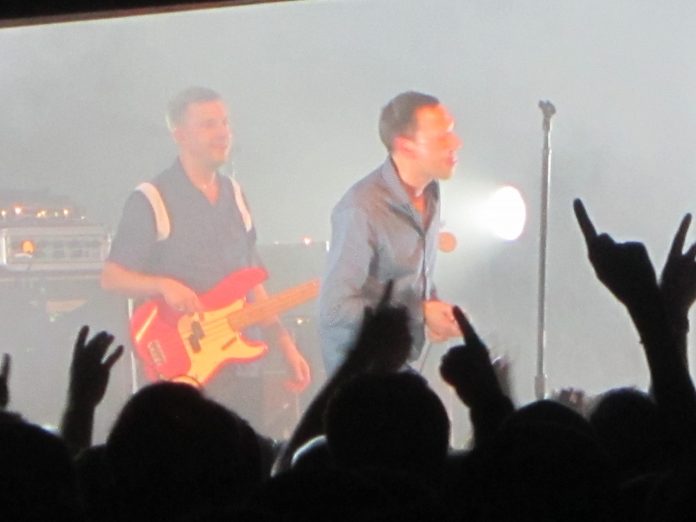 If you want to test the mettle of a band, go and see them perform in front of their home crowd. Well tonight The Twang returned to their hometown of Birmingham with a new album

“If Confronted Just Go Mad”, their first release in five years. There`s little fanfare as the boys head straight into `Wide Awake` from their debut album “Love It When I Feel Like This” before sharing one of the band’s best-known anthems with `Barney Rubble`

Singer Phil Etheridge with trademark beanie hat has time to reach into the crowd and shake hands with one of the many faithful before offering a track from the latest release with the very danceable `Everytime` The addition of two female backing singers really fleshes out this number. The superb `Either Way` has this sold out venue singing along and a fair few crowd surfers getting passed above the audience. The fellas play a song about Brum with `We`re A Crowd` before another from the latest album with `Lovin State` This short set closes out with a couple of oldies with `Two Lovers` and `Took The Fun` with the crowd singing along with the “La la lah lah loh`s” It`s over too soon but as the guys are returning next month to play two Christmas shows at the sister venue to this, across the other side of town, all`s not lost. A fine return tonight for this city`s favourite sons. 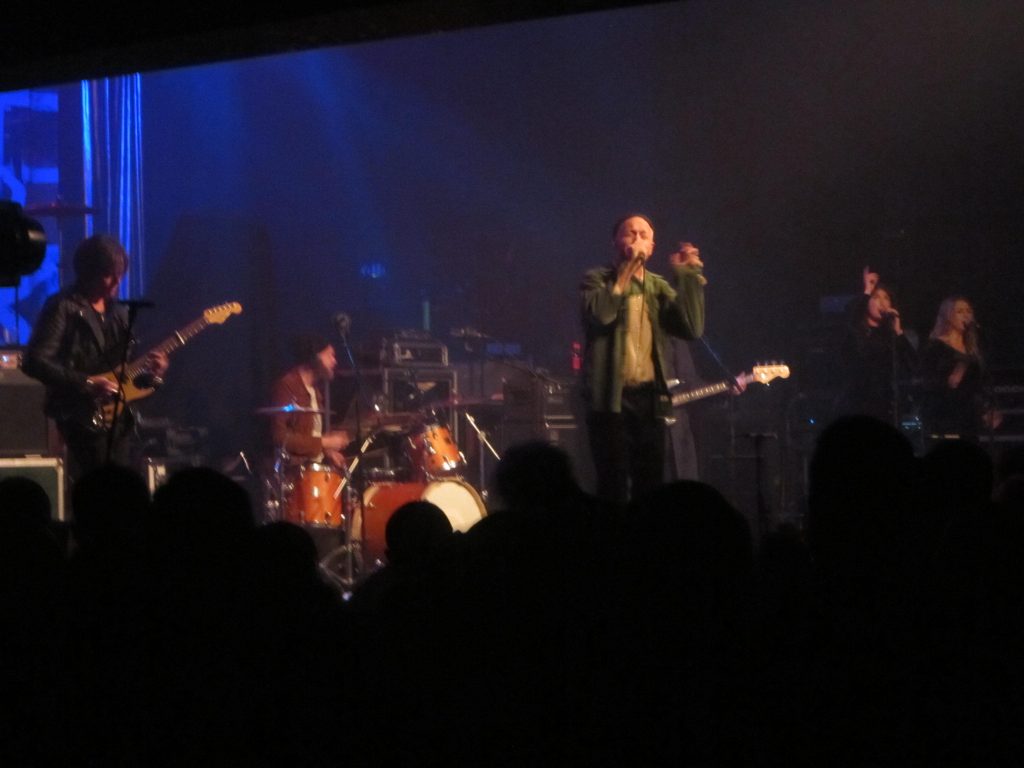 The boys arrive on stage as the theme to “The Big Country” is piped through the pa. It must be about twenty years since I last saw York`s finest alternative rock band Shed 7 and the first thing that comes to mind is how well singer Rick Witter has aged it`s almost a Benjamin Button situation. A quick “Hello Birmingham” before the fellas’ share `Room In My House` a real catchy tune from 2017`s “Instant Pleasures “album. At their peak the band had fifteen top forty singles so it`s no surprise when Rick informs us that tonight will be a mixture of old and new songs. The wonderful `Mark` and churning, questioning `Where Have You Been Tonight` get this packed audience going before they slow it down with `Devil In Your Shoes` I admire Shed 7 in that the band didn`t want to rest on their laurels but chose to write and record a new album a couple of years ago and they play a couple from said release with `Enemies & Friends` and `Better Days` The manage to sandwich the hits `Ocean Pie` and a wonderfully extended version of `Dolphin` in between these two tracks.

Crowd favourites `On Standby`, `Getting Better` and `Bully Boy` have the sold-out mass singing along, shouting and jumping up and down. The show concludes with a stunning version of `Going For Gold` complete with brass section which morphs into `Angel Of Harlem` before ending with the epic `Parallel Lines`

It doesn`t take long for the band to return with the anthemic `Invincible` before sending this crowd into raptures with `Disco Down` and `Chasing Rainbows` which is probably the perfect slice of indie pop to end on. This was a real nostalgic night, but the band seem as fresh as they ever were and left this audience with a real sense of euphoria and exhilaration.