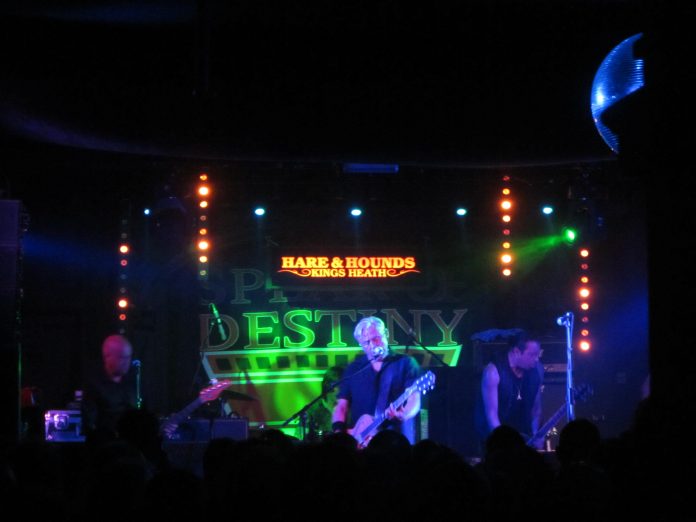 First up tonight were the new kids on the block Feather Trade who were invited onto the tour by Spear of Destiny and their manager. They appear onstage and singer/ guitarist Chisolm Thompson says “we`re Feather Trade from Athens, Georgia” as the band slam into opening track `Faster! Sleepless` an anthemic thumping offering with a thundering bass line from Natalie Gazaway. There`s no respite as `MouthBreather` follows led by the pounding drums of Alex Baum and the almost hypnotic lyrics of “don’t tell anyone”.

I felt `Just Like Film` wouldn`t have been out of place in a Jesus and Mary Chain set and was followed by the angst ridden `The Pale Sand` The band have been described as ‘like seeing Bauhaus playing a set of Pixies covers’ and indeed the final offering `Deadboy` did remind me of Peter Murphy`s seminal band. They have an album due called `The Sound Of Broken Worlds` and on the strength of this, it`ll be worth a listen when it drops. 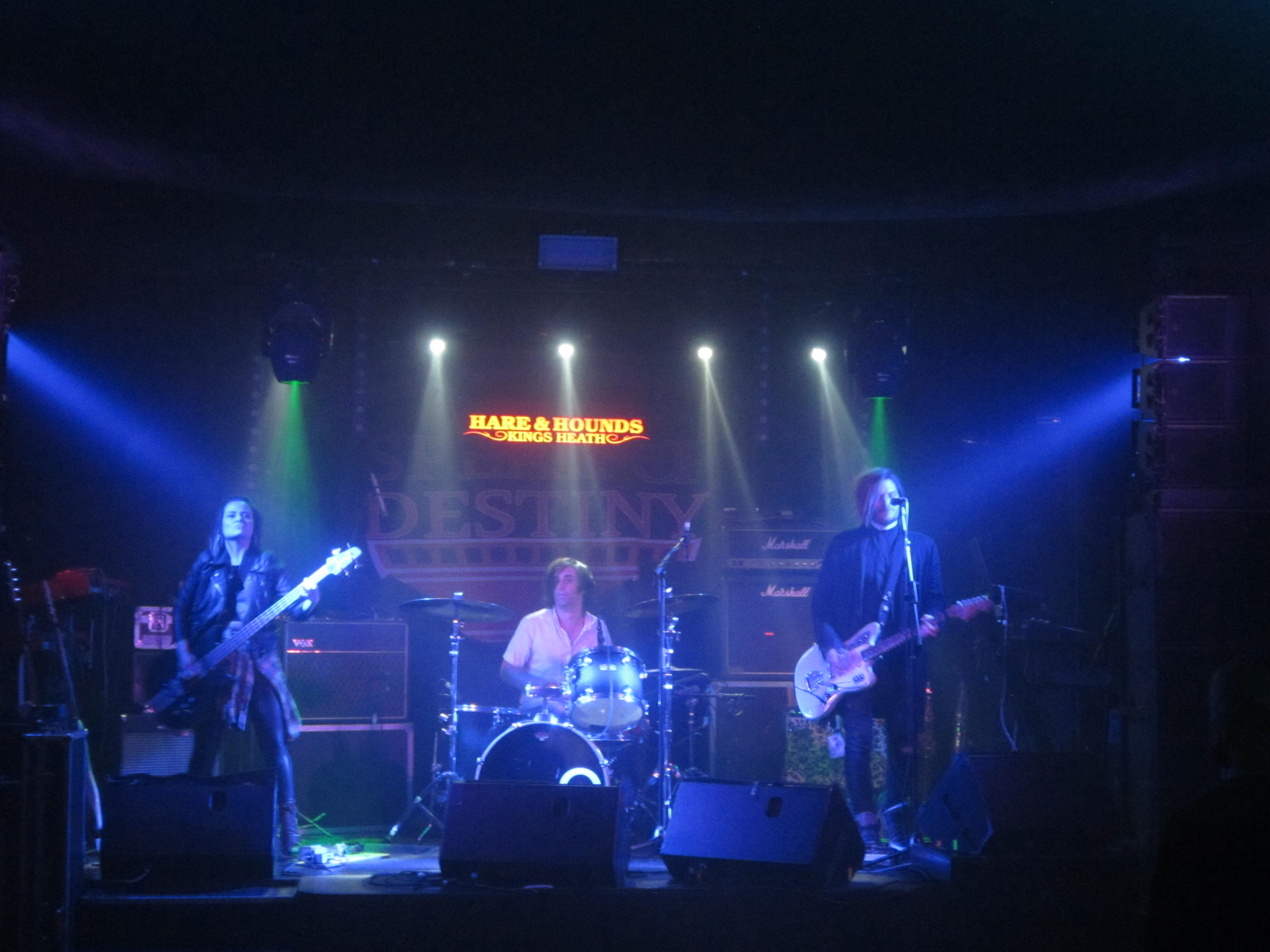 Next up was Derek Forbes & The Dark. Derek was an integral part in the formation of Simple Minds and was part of the band from 1978 to 85 and again 1995 to 98. Although Derek has a solo album, he shared a set that comprised of songs that he was part of during the formative Mind`s years. This kicked off with a favourite of mine `The American` and ran through `New Gold Dream`, `I Travel`, `Celebrate`, `Love Song` and concluding with the instrumental `Theme for Great Cities` The guys who made up the Dark were drummer Tony Soave and Brian McNeill on keyboards / synth and they really fleshed out these songs. I really enjoyed this nostalgic set and can neither fault the musicianship or Mt Forbes`s vocals but I couldn`t see the point in what`s to be gained with playing these songs. His social media site has hinted at a further tour so maybe this is a sort of one the road rehearsal. 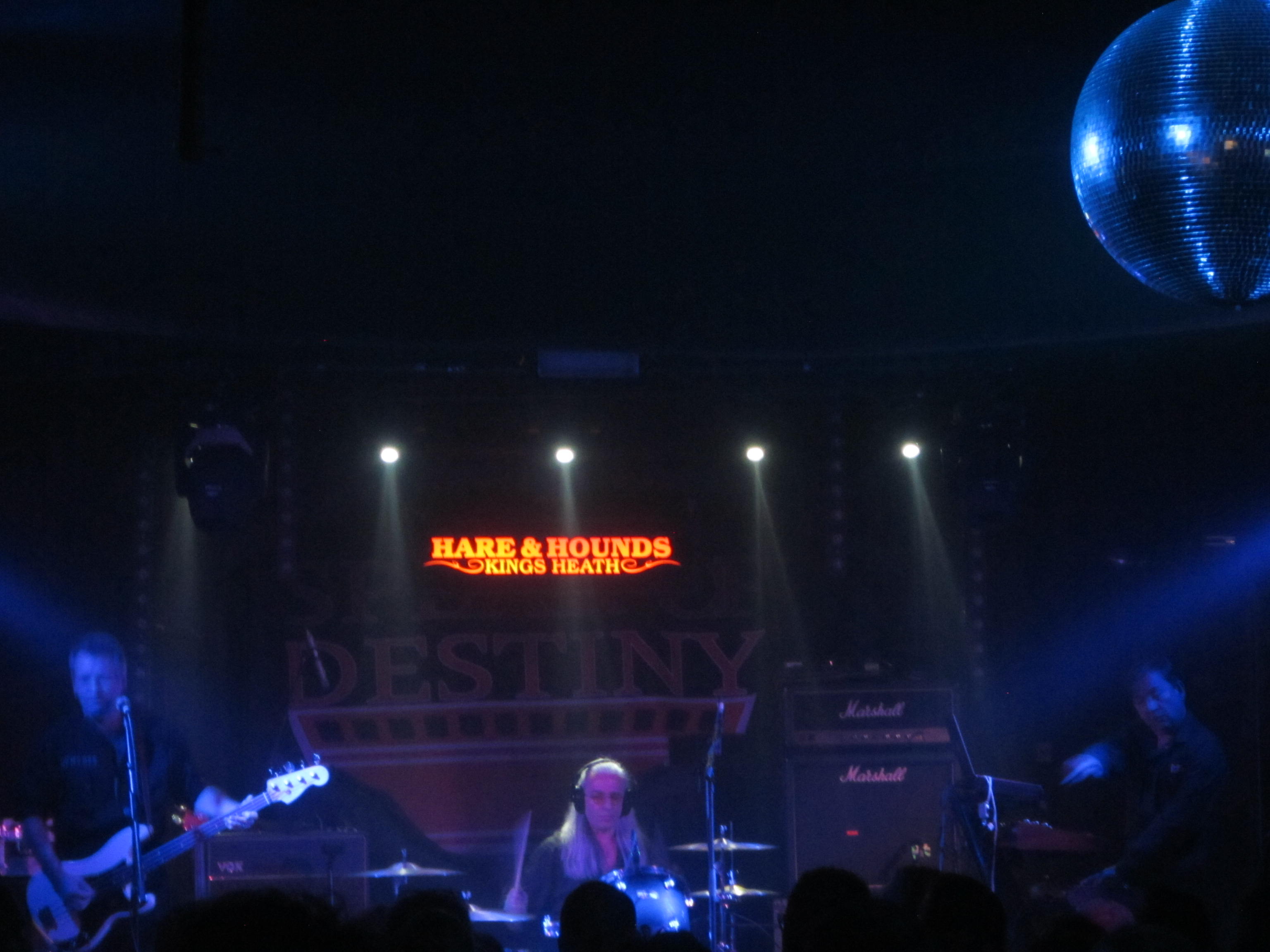 It`s hard to believe that it`s thirty-five years since `One Eyed Jacks` was released but that`s what we are here to celebrate tonight. The theme tune from 1970s British television police drama The Sweeny blasts out as the band take to the stage. It`s a quick hello Birmingham and then the guys play this pivotal album in full for the next forty odd minutes. This is a great album with the tribal `Rainmaker` and anthemic `Young Men` blasted out at the beginning. It`s easy to forget that Kirk Brandon possessed and still does a master versatile vocal range and this is highlighted as he snarls on `Everything You Ever Wanted` and embraces the ballad like `Don`t Turn Away` We are brought back up to speed with the aggressive `Liberator` and aching `Prisoner Of Love`

`Playground Of the Rich`, `Forbidden Planet` and `Attica` quickly follow before the final track the ruminating `These Days Are Gone` is shared and that`s the album put to bed. The field-holler gospel-blues vocal style track `Rosie` and uplifting `Grapes Of Wrath` bring the set to it`s conclusion.

It`s not long before Kirk and the boys, Craig Adams on bass (Mission / Sisters of Mercy), Adrian Portas on guitar (New Model Army / Sex Gang Children), Phil Martini on drums (Jim Jones / Wayward Sons), Steve Allan Jones on keyboards and Clive Osborn on Sax are encouraged to return by this nigh on sold out crowd. We then get just under half an hour of a type of greatest hits ranging throughout the band`s career which includes `Land Of Shame`, `Prison Planet`, `The Wheel` and ends with `World Service`

For me this was a night to reflect on all the superb Spear shows that I saw but putting that that aside, there are some tracks that really stand up today on this album. Kirk`s voice is as good as ever and he has surrounded himself with some accomplished and gifted musicians to really flesh out his back catalogue. This show is touring the UK until the end of the month so there still is time to witness this anniversary show.