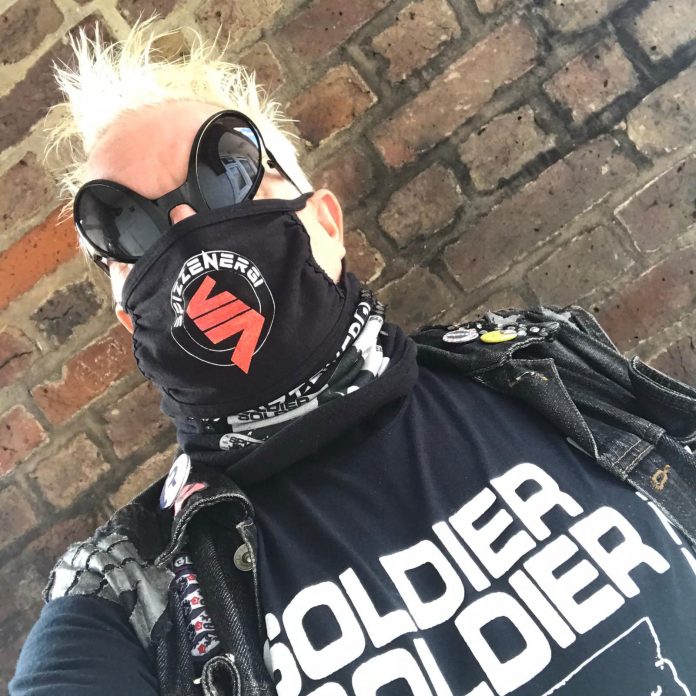 Seminal British punk heroes SpizzEnergi come straight out the blocks this January with a charismatic version of the Bowie track Valentine’s Day, to commemorate the rock star’s death, now over five years ago! To add shine and authenticity to the release, Bowie’s long-time and trusted producer Tony Visconti has mixed the track, adding his special magic before sending out into the world.

The release comes off the back of an action-packed 2020 which saw the legendary punks re-release their Where’s Captain Kirk? classic on ‘Vulcan Green’ vinyl, perform to a jam-packed audience at The Garage, North London, before then signing to Holy Dotage and releasing their Christmas single – and protest to the destruction of Soho’s music history and culture, Christmas In Denmark Street. The single entered the Official UK Vinyl Singles Chart at Number 13 receiving love and support from Louder Than War, Vive Le Rock, Rough Trade among others.

With plans afoot for 2021, despite the dreaded Covid19, new single Valentine’s Day kicks off the year bright and breezy with its layered guitar hooks, distinctive Bowie-esque vocal melody and end section guitar breakdown.

Band leader Spizz tells the story of how their version of the track came about: “I’ve reached the difficult age where family and friends find it impossible to choose a birthday present for me. Fed up with the nagging I took the initiative and bought tickets to see David Bowie’s acclaimed play Lazarus at the giant pop up theatre in Kings Cross London (on my birthday – 11th Jan). After various drop outs and declines, SpizzEnergi guitarist Luca Comencini and I saw the show and were both knocked out by Valentine’s Day which featured prominently in the performance. We, there and then, decided to include the song in our live-set as the band were booked for the upcoming BowieCon later that year”.

Led by veteran punk-rocker Spizz, the band have gone through various line-ups and names since the 70s, including Athletico Spizz 80, Spizzoil and The Spizzles. They caught the nation’s attention in 1980 with the Indie Chart-topper and punk disco staple Where’s Captain Kirk? Alongside Spizz and Luca, the band currently features guitarist Phil Ross and bassist Ben Lawson.