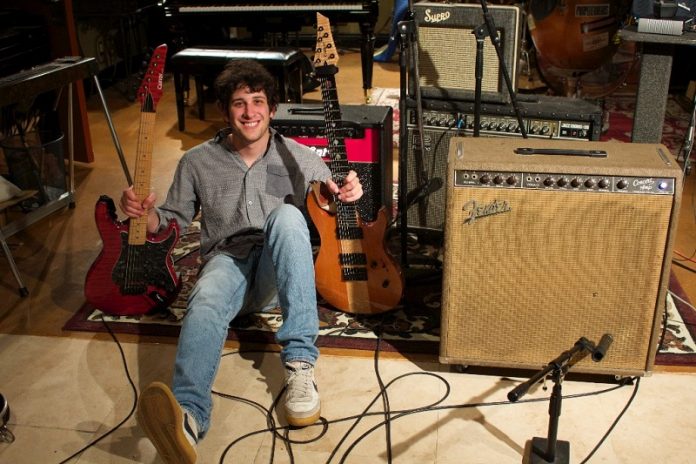 Elusive international prog rock powerhouse AN ENDLESS SPORADIC is set to return on 16 September 2016 with a new album, Magic Machine.

Magic Machine is a showcase for mind-bending musicianship and rich expressiveness via avante garde film-score soundscapes. An abstract journey through different styles of music and environments, the album offers a coruscating kaleidoscope of colours and joy, flashes of stylistic innovation featuring ensemble work that is staggeringly packed full of drama yet still meaningful from a compositional standpoint. This is an aurally challenging album with an experimentally wide sound palette, but as a whole is assuredly palatable, mesmerising and resides in a class paralleled by none.

Hailing from the hallowed halls of Berklee College of Music in Boston, the brains behind An Endless Sporadic, Zach Kamins, is no stranger to the synergy or intuitiveness that his particular brand of prog-rock-jazz-fusion offers.  Anyone who has ever played Guitar Hero can attest to the beauty of An Endless Sporadic and their songs. The band gained most of their popularity with the song, “Impulse,” which was placed on Guitar Hero 3. After that they recorded, “Anything,” which was placed on Guitar Hero World Tour. From here they produced more songs to create their first EP, “Ameliorate.” And so An Endless Sporadic was born.

Comments Zach: “I feel that Magic Machine was created out of a strong desire to bring out the true intention of the name, An Endless Sporadic. I have always had a passion for music that was part of a bigger story, where ideas can take time to develop and be presented in many different ways. “

Magic Machine’s visually stunning cover art was created by Costin Chioreanu (Arch Enemy, Ihsahn, Opeth, Hexvessel), which can be seen below along with the track-listing. 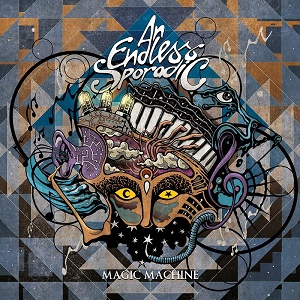