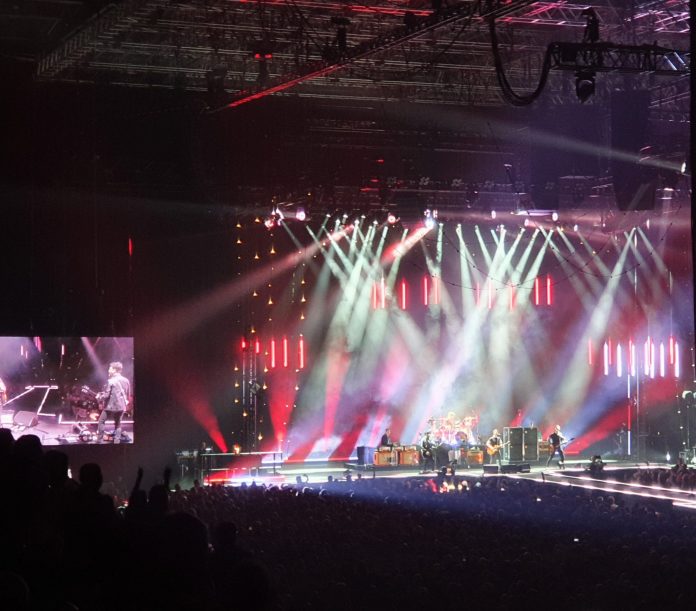 The last words of the gig tonight, sung over and over as the outro to “Dakota”. Yeah, ok, it’s the song, and in 2005 it probably was just a cool line, but in 2020, when Kelly Jones marches down what you might call the “Jagger Ego Ramp” to sing it with 14,000 of his nearest and dearest, he must be thinking.

The air of nostalgia had hung over the mammoth two and a quarter hour show throughout anyway. The first thing Jones had said to the crowd was to reminisce about his childhood Sunday nights listening to classic songs with his brothers on the ghetto blaster on bath night, just like we did.

Then about two-thirds in, there is a gorgeous and poignant moment, where he speaks movingly about his friend, former drummer Stuart Cable, who tragically died way too young: “He was a liability,” smiles  the singer, in a way that you only could if you truly loved someone, before adding: “this one’s for you, Stu” and playing “Before They Knew Our Name” solo on the piano.

And yet, you always knew they were special.

To carry on the theme of all our yesterdays, I once saw The Stereophonics play one of the top ten gigs of all time. They had just released “Performance And Cocktails” – their second record – and thanks to the Internet I can tell you that it was April 22nd 1999 when they appeared at Wolves Civic Hall. They dropped “Bartender And The Thief” second song, and the place went crackers. You knew then, that this was a band that would never play venues like that again, unless they chose to, and it is still the benchmark I use to this day to decide whether a band is going to make it big.

Since that day I’d seen them a couple of times. Once at the NEC up the road when they were rounding off that year with a kind of victory lap, and once at the Academy in a club show when they were going back to their roots about 10 years back.

I’ll also hold my hands up and admit something else before we go any further: I haven’t actually listened to any of their stuff post 2005, so “Superman” tonight is as new as I get, but I came tonight for this precisely because of that. It was time to reconnect.

And, boy, while I’ve been away something has happened. Stereophonics have become megastars. Furthermore, it doesn’t half suit them.

They emerge with the house lights on, like Metallica, for “C’est Le Vie”, and it’s the little touches that show their confidence. The sax, so brilliantly played by Gavin Fitzjohn on “Geronimo” and the way that Adam Zindani attacks the solo on “Maybe Tomorrow” like he’s slash from Guns N Roses. Or, he’s an arena rock star. That’s what they do.

14,000 people don’t come out in the freezing February night unless you have songs that connect. It was ever thus and it always will be, and Stereophonics have a truck load of ‘em. “Have A Nice Day”, seems to have crossed over, so has “Mr. Writer” (the condemnation of reviewers doesn’t go unnoticed, but in my defence I paid for this ticket……) but its when they appear on the small stage at the end of the ramp, in the middle of the area almost for “A Thousand Trees”, “Local Boy In The Photograph” and “Traffic” that it becomes truly a moment to savour. 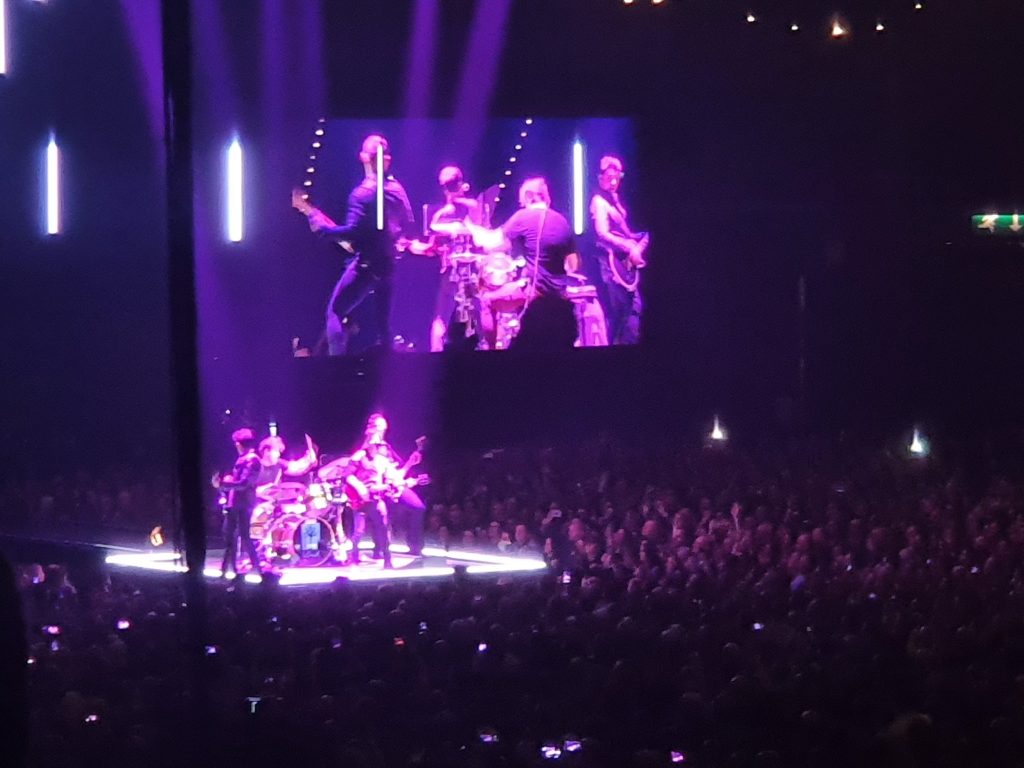 The second half of the gig is much the same. Career spanning, and its interesting that some of the ones I don’t know are anthems to most here, as if to underline how and why they’ve endured. “Mr. And Mrs Smith” is especially impressive, “Fly Like An Eagle” soars in line with the title, while the ones I still have etched on the memory have worn so well. “Hurry Up And Wait”, “Handbags And Gladrags” – with its wonderful piano from Tony Kirkham – but others too. And “…..Thief” still causes people to lose their minds when they hear it, as they do last song here.

Ukulele is in the encore, as it drives the gentler “Elevators”, “Just Looking” was a top ten hit for a reason, and then “Dakota”, which is where we came in, I guess.

I remember when that second album came out, we loved it. The critics didn’t, but no one ever cared then and they don’t care now, because when you see Stereophonics get public vindication like this you remember a) what those songs meant to you a lifetime ago, but b) realise something crucial. This could have been any of us kids that are now in our mid 40s who listened to the radio on a Sunday night in the 80s and dreamed. Boil everything else down and this is just three mates – notwithstanding Cable not being here – that took on the world and only went and won the thing.

Take a look at them now, indeed.