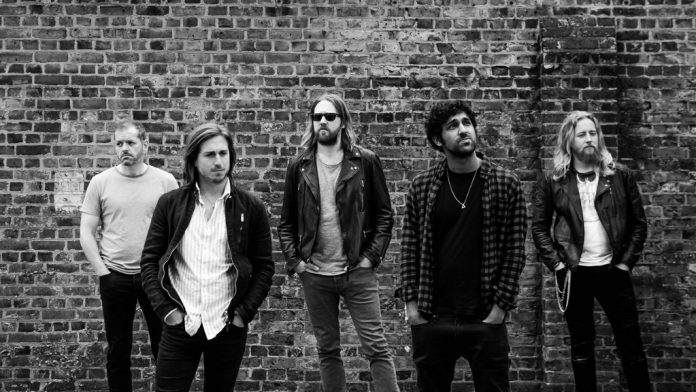 The song will be available to download and stream from all major online outlets and is taken from their debut EP Breathe and is released as the band enter the studio to demo songs for their forthcoming album, slated for release later this year.

Devil In Your Eyes is accompanied by a video, produced by guitarist, Kieron Heavens, featuring clips of fans from all over Europe lip-syncing to the song, some in very unique locations.

AT THE SUN blend their love of blues, metal and classic rock to create a powerful sound of big riffs, soulful vocals and ripping solos.

Kieron explains the idea behind the song and the video…
“Devil In Your Eyes is a song for everyone who spends their days working hard so they can fuel their love of music and going to gigs! It’s that feeling of gig day hitting, leaving all your inhibitions behind and joining all your friends to go crazy watching your favourite bands. People with this love for music and excitement about seeing live music always have a devilish glint in their eyes, hence the song title.

In keeping with this theme, we talked it over and thought that there was only one way we could represent the song properly – by having it star our fans. These are the faces of the people who are there at the shows, who spend their time and money on supporting the band and who make it possible for us to do what we do. They are the true stars of the AT THE SUN story.

We’re so excited about how this video turned out, the response was overwhelming and some of these clips are crazy as hell! If anything it’s a shame the song isn’t 5 minutes long so we didn’t have to leave some clips on the cutting floor!