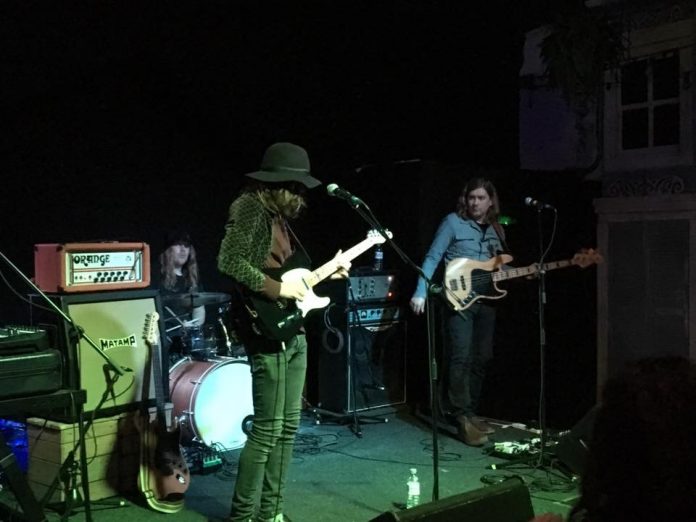 Garry ventures to pastures new to check out an old favourite

It’s always good to visit a venue you’ve not been to before…..but the usual questions arise, decent sound, decent staff, decent bar? Well Mama Roux’s in Digbeth certainly ticks all those boxes I must say…..but this isn’t a review for Trip Advisor it’s a review for the visit of Syd Arthur to the aforementioned venue.

Syd Arthur for me have been a band I’ve been a big fan of for the last three years and on the back of the excellent new album ‘Apricity’ they hit the road for a handful of UK dates, the band arrive on stage at 9.20pm to an appreciative crowd in this wonderfully quirky venue and open proceedings with the fabulous ‘Ode To The Summer’ and new song ‘Sun Rays’…..this sets the tone for the rest of the evening.
The latest album ‘Apricity’ has only been out around ten days so some members of the audience might not be totally familiar with some of the songs but the band cleverly mix the new tracks such as ‘No Peace’, ‘Portal’, ‘Coal Mine’ & title track ‘Apricity’ with a selection of tracks from across the first two albums such as ‘What’s Your Secret’, ‘Hometown Blues’ and the anthemic ‘Autograph’…..it all went down rather well with the audience gathered here tonight.
I must say its always a treat to see these guys live and with each new release the live performances get better and better…..the musical jams during the songs really showed off the talent of band members Liam, Josh & Joel Magill and Raven Bush, it’s been 16 months since I last saw the band live…..fingers firmly crossed for some more UK dates early in 2017….I feel this latest album ‘Apricity’ could be the one to push the band on to the next level…..and as they say ‘Strike While The Iron Is Hot’.
Go and add some Syd Arthur to your collection today…..you’ll be so glad you did.
Garry Foster
Unchained: Tuesday’s 10pm-Midnight
Prog Rock Files: Thursday’s 10pm-Midnight
101.8WCR FM and online at www.wcrfm.com