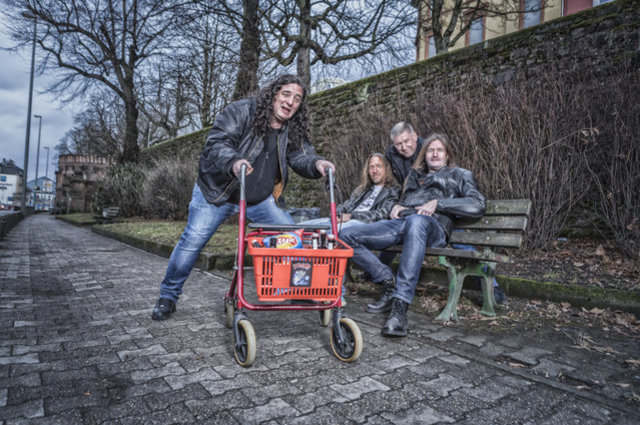 In 1982, when four long-haired metal maniacs from Frankfurt am Main, Germany decided to found a band named TANKARD, nobody expected them to still be going three decades later.

Ahead of the release of their 17th studio album, “One Foot In The Grave“, the band reveals the first track-by-track trailer! If you want to know everything about ‘Pay To Pray‘, ‘Arena Of The True Lies‘, ‘Don’t Bullshit Us‘ and ‘One Foot In The Grave‘, watch the new video here:

One Foot In The Grave will be released on June 2nd via Nuclear Blast.