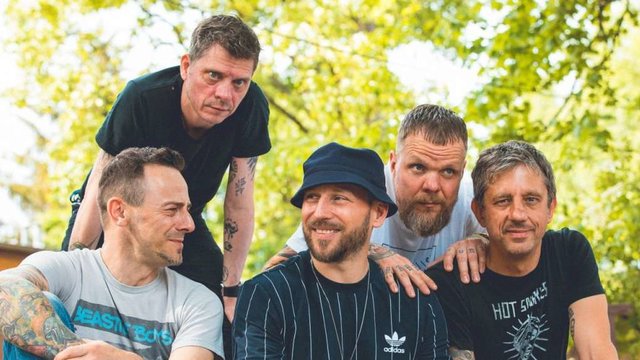 BEATSTEAKS will release their new album ‘Yours’ in the UK on Warner Music on November 10, 2017. It’s their first since the chart topping self titled ‘Beatsteaks’ from 2014 which went straight to Number one in Germany!

‘Yours’ is a true gift from the heart, by a special band to their fans. It’s the ultimate Beatsteaks mixtape with no less than 21 new songs and guest appearances by the likes of Jamie T, Chad Price (All), Deichkind, Farin Urlaub (Die Ärzte) and many more.

Jamie T, an old friend of the band who opened for them back in 2007, wrote the anti-Brexit track “Hate To Love” which is reminiscent of BEATSTEAKS 2004 hit “Hello Joe” from their break-through album ‘Smack Smash’. Check it out here live at Rock Am Ring:

Already massive on the mainland BEATSTEAKS will be back in the UK the same day as release for an intimate, by their standards, album launch show at Koko in London which is on track to sell out very soon.