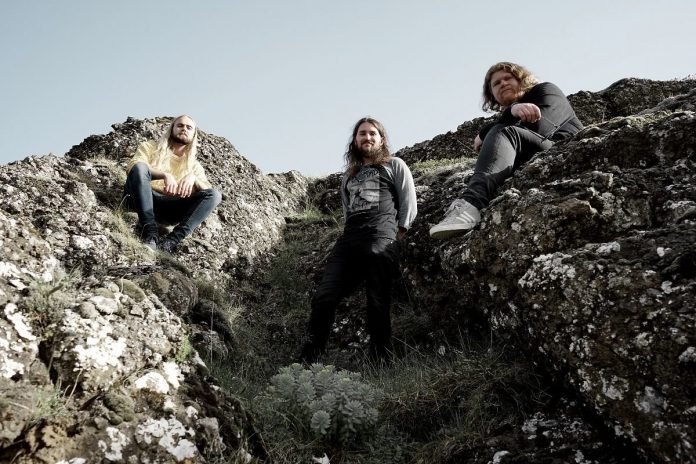 Islandic Stoner rock band Volcanova has joined forces with The Sign Records and will release their debut album “Radical Waves” August 21, 2020 on digital, vinyl, and CD format. The first single from the album is called “Sushi Sam” and is a fuzzy tale of sushi- addicted Lucifer in human disguise. The single will be released digitally Friday, May 22, and will be premiered on The Obelisk May 21.

Icelandic stoner rockers in Volcanova are set to release their debut album “Radical Waves” August 21, 2020 on The Sign Records. The album contains 10 super groovy tracks straight from the snow-covered deserts of the far north. The first single “Sushi Sam” will be out digitally on May 22, 2020 and tells the tale of Lucifer in human disguise, who needs to consume sushi bought from the black market of Reykjavik in order to stay human and not turn into a guitar-shredding devil. The song will be premiered on The Obelisk the day before the official release.

Prepare yourself for a fuzzy journey through glaciers and geysers in your super-duper van because this volcano is about to erupt!
Hear “Sushi Sam” HERE: https://orcd.co/sushisam_lucifer