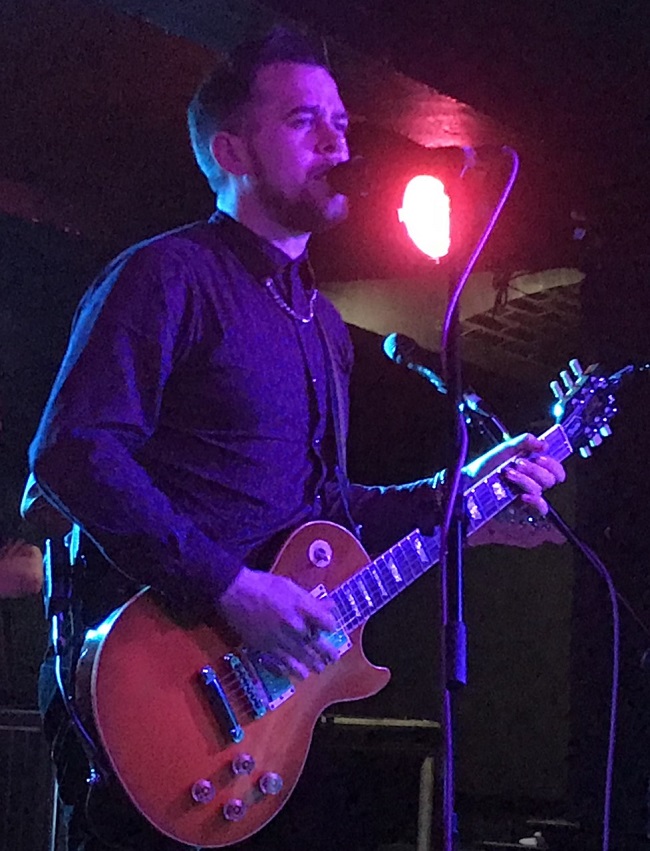 There’s a word that you always keep coming back to when dealing with a two-piece band and it’s this one: primal. When it comes to Naked Six you need to add a couple more: raw and unhinged. Seb Byford and Tom Witts made it clear on their shows with The Temperance Movement that they were ones to watch, here they showed just how much better they’d got since last November. “Ain’t Got No Friends” has all their skill but it’s the more nuanced ones that catch the eye. “All The People Say” is funky, blues drenched soul, while “Broken Fairy-tale” is reminiscent of the Black Crowes if they were young, hungry, full of passion and had their whole careers in front of them. Short and sharp, they pack all the thrills and spills into just under 30 minutes, with the lead of “What I’m Told” absolutely crushing all in its path. Go and see Naked Six soon. When they are huge you’ll claim you were there, so you might as well make the effort. 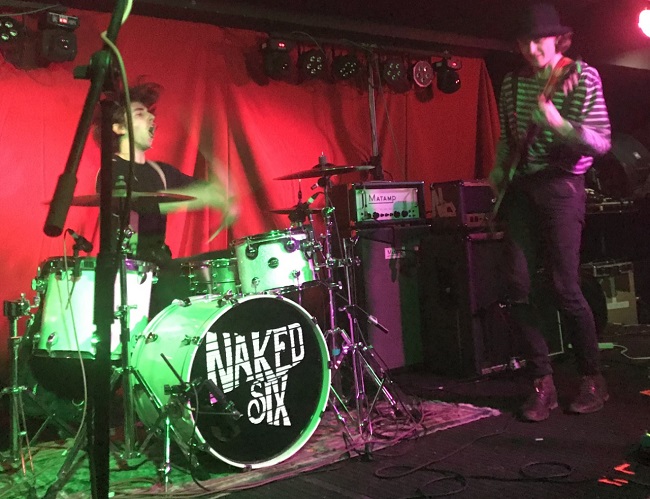 Tax The Heat have, of course, been through that stage. They’ve paid more dues than just about anyone out there, but now the hard work is paying off. Paying off because their new album “Change Your Position” has crashed into the album charts at number nine, paying off because the gigs are a lot fuller than they were, but paying off in a less tangible way too.

Because, MV has seen Tax The Heat umpteen times over the years, from the Hard Rock Calling gig, to supporting Black Star Riders and others, to plenty of their own headline shows, and tonight was the very first time where it was absolutely clear that the band believed.

Call it self-confidence, call it swagger, a little bit of arrogance, call it whatever you like, but right now TTH – and in particular singer/guitarist Alex Veale –  have it. In abundance and they are riding this wave with it.

Every time we’ve seen them they’ve always been good, but now they are relentless. Opening with a newbie “Money In The Bank”, which has the crunch they’ve always had, but which now is shiny too, they just keep coming at you for 80 minutes.

The debut record is well represented too, “Animals”, “Lost Our Way” and “Learn To Drown (You’re Wrong) – which guitarist JP didn’t want to play apparently, he’s the only one who didn’t want to hear it – were already firm favourites, but selfishly maybe, MV was keen to hear the new stuff.

It sounds even better live.

“All That Medicine” has its funkiness turned up a notch, “The Last Time” has some mighty slide guitar and if drummer Jack always gives his kit a good hiding, then so frenzied is “Headspace” that it must have really annoyed him this time.

The least rock star-like rock stars you can imagine, they do afford themselves a bit of a jam on “Cut Your Chains” but this is not a show for self-indulgence.  Instead, “The Symphony Has Begun” perhaps exemplifies their brave new world better than anything, while “Change Your Position” shows that whatever has altered didn’t include their ability to write great songs.

They end with a great one too. When we saw them last we suggested that Tax The Heat were one song from the crossover breakthrough they deserve. In the intervening five months it turns out that “Fed To The Lions” has become an anthem.

That’s it too. No encores. Always leave them wanting one more? Maybe. More likely is that Tax The Heat don’t need validation, they just know. So does everyone here. They’re hotter than ever.