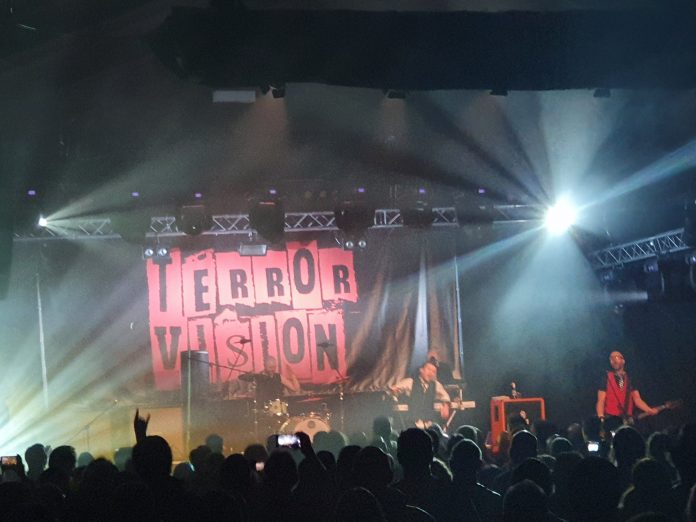 Back at the start of November I sat in this room and watched Virginmarys open for Skindred. They were brilliant that night (take that as a given, they are brilliant every time you see them), but here they are four months later, supporting what KK’s Steel Mill’s Twitter rather gloriously described as “West Yorkshire’s finest light entertainers.” That rather neatly sums Macclesfield’s best up. Simply put you could put them on a bill with anyone and they’d fit in. The reason is simple: passion. Say whatever you like about the band, and its actually the fact that the music matters. Singer Ally Dickaty delivers every word as if every word is vital – and that is equally true for early stuff like “Dead Man’s Shoes” as it is for work from their most recent record, the wonderful “Northern Sun Sessions”, and that sweeps people along. “Step Up” has a real rawness, “Sweet Loretta” shows another side to them, but “SOS4UNI” and “Look Out For My Brother” have a real social commentary too, perfectly documenting the modern human condition. They’ve always had a small town frustration about their work and “Just A Ride” is probably a Friday night in the Northern towns writ large and “Bang Bang Bang” – the closer – is just a fabulous song. Virginmarys are – and I’ll keep saying this – one of the finest, most interesting and innovative bands around. They keep proving it every time you see them. 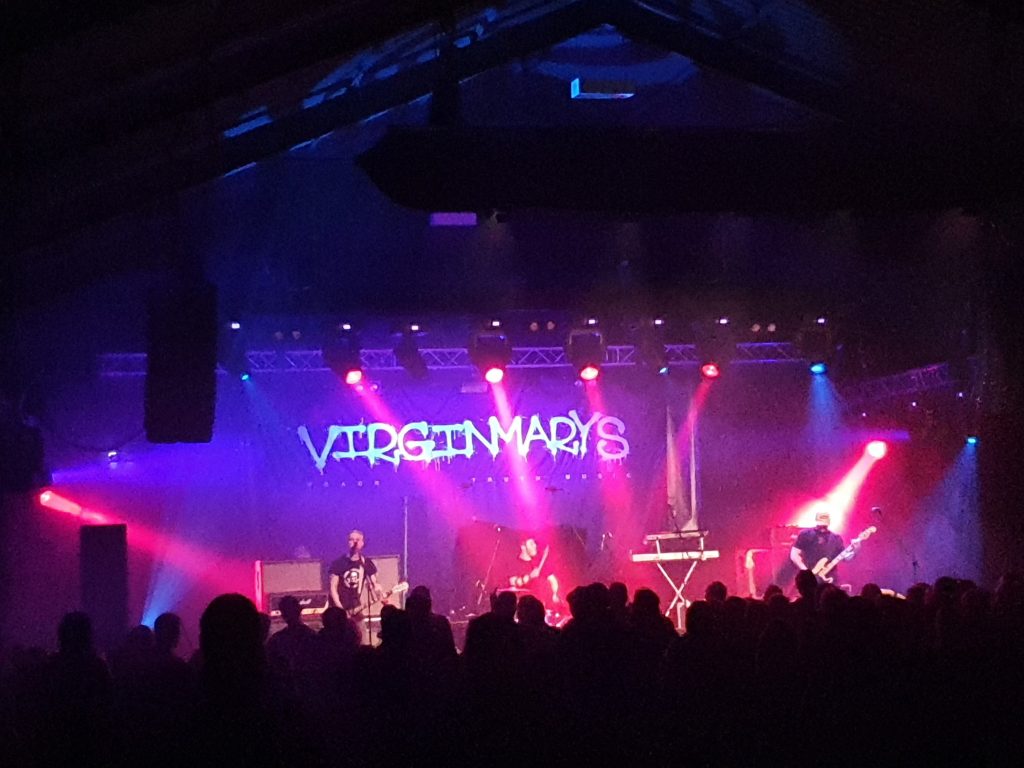 Seeing as we are talking dates at the start of the reviews, I passed my driving test in the January of 1996, a few weeks later I got my first car. The first journey I ever took on my own was to Easy Listening Records. A brilliant shop (its gone now, of course it is…) and while there I bought Terrorvision’s “Perseverance” single.

They play it last tonight, and a thousand or so party like it’s the last century.

I say that because it is Terrorvison in microcosm. They’ve endured throughout the years – and its been ages since they’ve released an album “proper” – because they’ve got fabulous songs, that connected, somehow, even if they are about “Whales and Dolphins” and no one is quite sure what it all means.

Actually it’s a bit more than that. They still connect because for almost 30 years its been impossible to watch a Terrorvision show without smiling and moreover they never, ever look like they are going through the motions.

So for an hour and a half tonight you get to wallow in nostalgia/watch some of the finest songs you have ever heard – delete as appropriate, played by a band that looks like it would rather be nowhere else right now.

It is a heady mixture.

“Alice, What’s The Matter?” Ageless brilliance, then a couple from the oft overlooked debut record, “New Policy One” and “American TV” and we are off and running.

Not much chat (“cheering is better than talking” as Tony Wright puts it) just song after song fired at you, “Enteralterego”, the glorious punk fizz of “If I Was You” and the catchy as the flu (coronavirus if I am being topical?) “Sometimes I’d Like To Kill Her” which kind of proves that these boys can spin gold out of everything.

The mega hit, “Tequila” (and I was there the day it hit number one and Wright was passing out shots to the crowd in Dudley one Sunday night when the dancefloor broke such was the bouncing), the playful “Josephine” (featuring backing vocals from Chris Catalyst of Eureka Machines, who is playing keyboards tonight) and then “D’ya Wanna Go Faster?” and you think : “yeah that sums them up, because even in their 50s as Wright is these days, they have a hyper enthusiasm for this.

“Middleman” and “Oblivion” end the set, but these are rock stars, so they do encores. Except they are still Terrorvision, so with a cheery: “we’ve played all the songs we know, but its freezing backstage” they do their Christmas one (“just 240 days to go….”) then “Pretend Best Friend” and then the one that began this review. Whales and dolphins and all.

The thing about Terrorvison is they have never in all the 26 years since I bought their second record, claimed to be anything they aren’t. I saw them last year second on the bill to The Levellers at an outdoor show and they were just as glorious there as they were here, because essentially, they are just doing what comes naturally. But they are more than just a “festival” band as it were. Instead, Terrorvision are, at this point, national treasures.