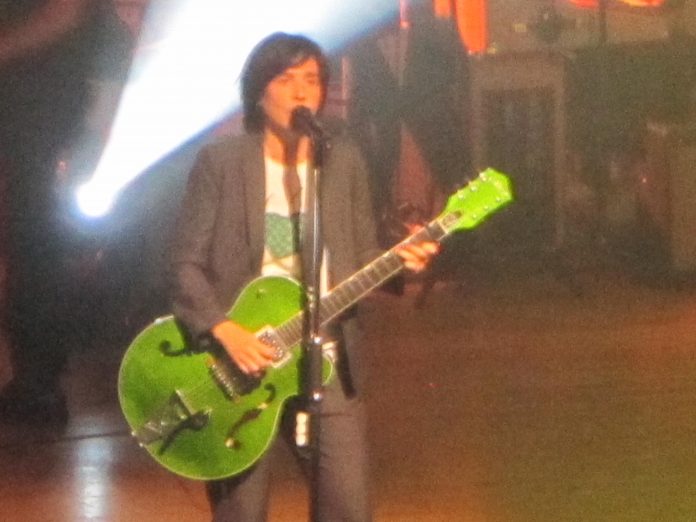 Another weekend and another show in this wonderfully eclectic Skyline Series of concerts across Bristol and Birmingham. This weekend`s show is in the wonderful two thousand-seater Symphony Hall in Birmingham`s city centre.

The support for tonight happens to be Dublin`s Imelda May, singer, songwriter, multi-instrumentalist and somebody I’ve seen a couple of times and have really enjoyed. A lot has happened to this lady since I last saw her. She has given birth to a daughter, overcome a marital breakdown and has got rid of her trademark quiff.

I knew that her latest album, last years `Life Love Fresh Blood` was a step away from her usual foot-stomping no holds-barred rockabilly with a new groove, exploring blues, soul, gospel, folk, rock, acoustic, cinematic drama and explosive balladry but wasn`t quite expecting such a change. The set kicks of with a couple of gospel type numbers that include “Call Me” from said album, the poppier “Human” and the bluesy “Sixth Sense”  The tracks come thick and fast from this release with “Black Tears” a kind of torch song, “Flesh Wound” , the delightfully rocky “The Longing”, the heart breaking “Leave Me Lonely” and  rounding off with “It Shoulda Been You.” I have to admit that the biggest cheer of the night was when an old favourite of mine was shared with “Mayhem” before continuing in the same vain with the superb “Johnny`s Got A Boom Boom” The show is closed out with “Game Changer” which sequents into The Undertones “Teenage Kicks” Well Ms May is certainly changing the game with this collection of personal and intimately autobiographical songs, Indeed she has said “It’s all in there: birth, sex, love, divorce and death. It’s the story of my life.” It certainly is and it`s not often I go to a live gig and come away with something to mull over. I will be checking out this release, especially as T Bone Burnett collaborated with Imelda and produced it. 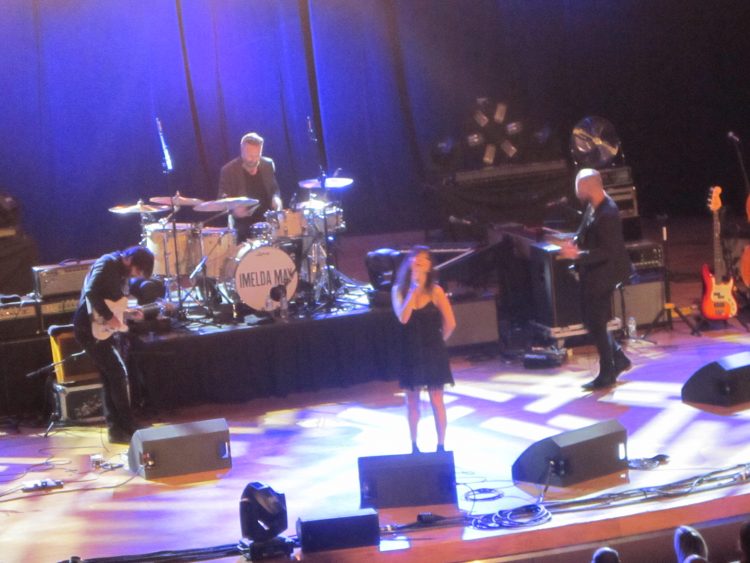 Well, on to tonight`s raison d`etre Texas. I`m sure they don`t need much of an introduction but they formed in Glasgow in 1986 taking the name from the Wim Wenders movie Paris, Texas. Thirteen UK top ten singles, three UK number one albums and eight UK top ten albums later and Sharleen Spiteri and Johnny McElhone (ex Hipsway and Altered Images) are still together and here to entertain us tonight. The Clash`s “Rock the Kasbah” comes storming through the pa as the band arrive on stage and rip through the hits “I Don’t Want a Lover” and “Summer Son”

A slight change as “Halo” follows before we get a stage invader. I`m not sure if he`s planned or unplanned as Ms Spiteri seems to know this fellow Scot and seems to endure him before she persuades him to re-join the crowd below. We get another oldie with the soulful “Everyday Now” before a newish number from `Jump On Board` last year`s ninth studio release with “Let`s Work it Out” Sharleen asks if there`s any fellow Glaswegians in the audience before she blends the song into the wonderful Orange Juice`s “Rip It Up”

When the band want to they can really belt out a rock song and indeed do so with two cuts from last year`s new album with “Tell That Girl” and “The Conversation”  the quirky “Guitar Song” is played before the faithful are encouraged to turn on their phones and light the place up as the love song “In Demand” is offered. The set finishes on a high with the hits “Black Eyed Boy”, “inner Smile” and “Say What You Want” and the capacity audience are left in a frenzy. The band returns for a one song encore with a version of “Suspicious Minds”, the song made famous by Sharleen`s hero Elvis Presley. The house lights come on and the sated crowd happily leave the venue.

Again, tonight was another enjoyable and gratifying evening from this succession of diverse artists in this summer Skyline Series.