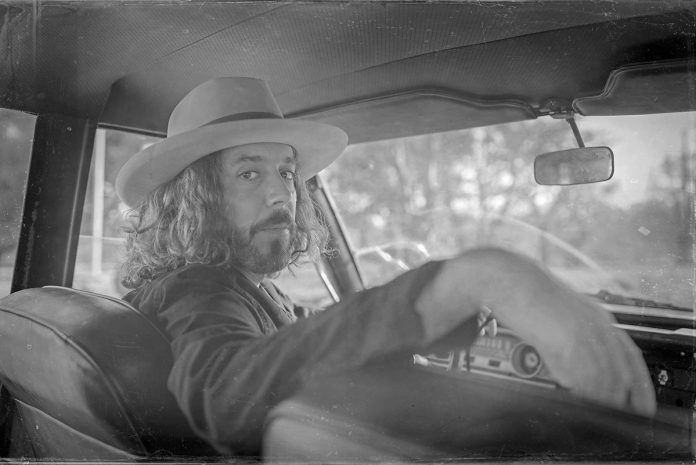 For those wondering what 2021 has in store for Texan singer/songwriter Ryan Hamilton, a cryptic teaser came early in the first week of January with a video merely carrying the number 1221 and the hashtag: #newmusic

Hamilton, recently heralded by Spin magazine as one of the ‘Best Lesser-Known Artists of the Last 35 Years’, now explains the concept: “It’s a song a month, on the 12th of every month, for the whole of 2021. 12 songs. In 2021. Not only does ‘1221’ look cool, it’s not like I’ll get another chance in my lifetime to take advantage of this numerical palindrome”.
The first release coming on January 12 is a goosebump inducing cover of Spin Doctors’ ‘How Could You Want Him (When You Know You Could Have Me)’, a track from the band’s seminal debut 1991 album, ‘Pocket Full Of Kryptonite’. Each monthly track will be released digitally across all regular platforms for download and streaming via Stevie Van Zandt’s ‘Wicked Cool’ label.
Giving the origin behind the Spin Doctors cover, Hamilton says: “Credit to Producer extraordinaire, Dave Draper for the nudge on this one. He knows I love the music of the 90s, and he suggested this Spin Doctors song. Lyrically the song is SO interesting, and I thought the chill, sunshine-y vibe was a great way to start the year. Plus, I know Chris Barron a little from when my former band played with the Spin Doctors. I can’t wait for him to hear my cover of his song. “
Future 1221 monthly releases will see brand new songs from the pen of Hamilton, creating a virtual album across the year.
Facing the real potential of several more months in isolation, the kernel of 1221 took root. Renowned for his killer live shows, but with any regular form of touring currently off the table owing to the prolonged pandemic, Hamilton considered how best to stay busy in the coming year. Using present-day recording techniques across the internet, having producer and collaborator Dave Draper on a separate continent was certainly not a barrier. The pair had recorded Hamilton’s solo EP of Country covers, ‘Communique’, during the very first lockdown of 2020, in isolation from Texas (Hamilton) and the UK (Draper). Communique proved to be a winning formula, scoring Hamilton his first iTunes No. 1, a feat repeated with his subsequent release with the Harlequin Ghosts, ‘Nowhere To Go But Everywhere’, an album that also scored high on multiple Official UK Charts.
With several UK festival appearances transplanted from 2020 to – everything crossed – this summer, thoughts for Hamilton’s return to live & in-person shows preoccupy the artist’s thoughts for the year: “I’m used to spending half the year in the van touring and that thrill in hearing audiences singing my lyrics back at me will never grow old. Online shows are fine for engaging with fans in the meantime, but it’s no replacement. On a recent Stage-It show we lost the live feed and I ended up giving the performance of a lifetime for an entire song to an audience of literally just my dog Peaches. We had to plan a ‘safe word’ in the live chat in case it happened again. That word, I can proudly say – is ‘BANANA!’ “
Here’s to Hamilton having the opportunity to share these new lockdown creations with live audiences again very soon – this time without the need for a ‘safe word’.
RYAN HAMILTON RELEASES “How Could You Want Him
(When You Know You Could Have Me)”
12 JAN 2021, VIA WICKED COOLLINK TO TRACK HERE: https://orcd.co/1221january
Ryanhamiltonmusic.com
twitter.com/theryanhamilton
Instagram.com/theryanhamilton