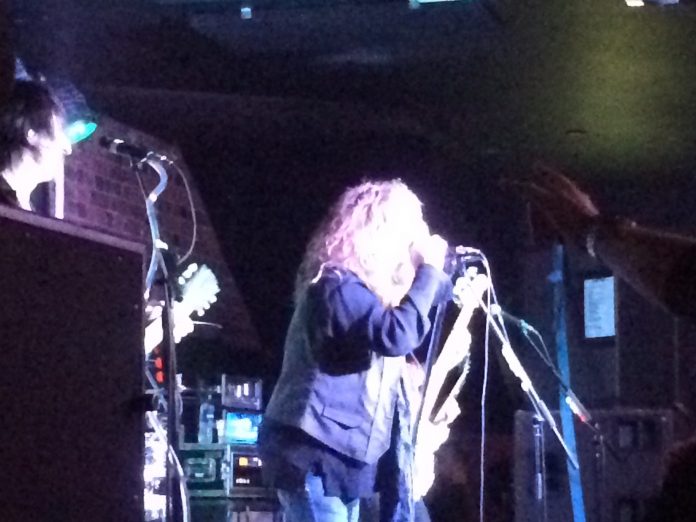 It’s the battle of the supergroups as tour kicks off

Buckinghamshire hard rock mob The Wild Lies have become pretty adept at these opening shows over the last year or two. The constant touring, with the likes of Edguy and Gun, has honed their skills pretty impressively. Certainly they are more assured now than back at the start, and their new material “Asteroid Central” is a notch on from where they used to be. “Falling” is ever-impressive. Classic Rock with a modern twist, there is still both a lot to like about The Wild Lies and every reason to suppose that they are ones to watch.

For a band that released their debut record precisely one day ago and are playing their first ever UK tour date here, then likewise The Colour Of Noise have a cocksure swagger about their work. That though, can be explained by who they are. TCON, you see are not some bunch of young chancers who are fresh faced and wide eyed with wonder, this band contains some UK rock royalty. Bruce John Dickinson (Little Angels, b.l.o.w) is on guitar, singer Matt Mitchell from Furyon and Randy Nixon (Drums) was in The Jeevas. They too all got together to have a bash at classic rock, and they do it very well. Heavier here than on record, “Medicine Man” is a hip shaking, slinking belter of a thing, “Heavy” is confident and “Drive It Like You Stole It” is appropriately turbo charged. Their trump card is Mitchell, who is a fine frontman and an even better singer, and his Robert Plant-esque wail is in full effect. “Rock Bottom” – not a cover of the UFO song, but nearly as good – is the pick of a fine set and depending on how much time they can all devote to this, 2016 could be big for them.

With all due respect to the previous band (and even allowing for MV’s obsession with the Little Angels) The Dead Daisies can see your supergroup and raise it. Did someone say Guns n Roses? Nine Inch Nails? Thin Lizzy? Black Star Riders? How about Whitesnake? Yeah all of those are represented.

When MV last clapped eyes on them (with what was even for this collective, a much changed line up) it was as support to Black Star Riders. We remarked that they were good, but that there was something missing. As this the first night of their first headline tour moves on, it turns out that this absent piece was John Corabi. Now ensconced behind the mic, the man who was in Motley Crue for their best record in the last 25 years, has clearly – along with the ever ebullient Marco Mendoza – invigorated this band in a way they never were before.

A new record out in “Revolucion” TDD play much of it, indeed there is just one from their debut – it’s standout cut “Lock N Load”. The 2015 version sounds pretty much like what Van Halen would if they used Hammond Organ or pianos in their sound.

“Midnight Moses” kicks things off, and largely this is 90 minutes of great fun, “Evil” is dark and blues infused, “Mexico” is an arena botherer in all but venue, and “Something I Said” is a big ol’ power ballad.

The feel that this is a band that wants to play bigger places than a sold out Slade Rooms, is augmented by the fact that there’s a pretty lengthy drum solo, but then Brian Tichy was in Pride And Glory, so we’ll forgive him, and indeed the intimate surrounds cause Corabi to suggest that “this is just how I like it, hot, moist and tight” (we assume he meant the stage……)

The reluctance to play much off their debut means there’s plenty of covers. All rock standards, and all done lovingly. Aerosmith’s “Sick As A Dog” is given a makeover and we’d defy any band to get the likes of “All Right Now” and “Hush” wrong. The night even ends with a cover, “Fortunate Son”, but not before they have run through the fabulous “Face I Love” to start the encore.