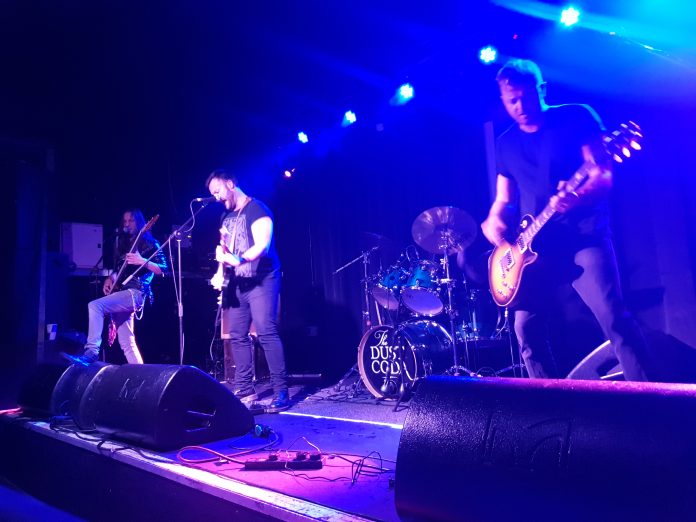 Daxx And Roxanne (I always want them to be a duo) released an album called “Ticket To Rock” a couple of years ago. When they play the title track from it here it seems as though all they’ve ever wanted do is just that. Rock. That’s simply the four piece, except that they do it so well. A more energetic, enthusiastic group you will never find. Cal Wymann plays his less guitar as if he’s trying to tame it, and if Cédric Pfister wasn’t born to be the singer in a rock and roll band then I’ll be amazed. All of which elevates songs, like new single “Interstellar” and older ones, such as “Strange Woman” and “Good Vibes” – which are basically just good, fun, rock n roll to somewhere beyond. They turn Stevie Wonder’s “Superstitious” into something else entirely and “Wrong Side” has an underlying gang mentality. Daxx And Roxanne are getting better – and they were pretty damn good to start with 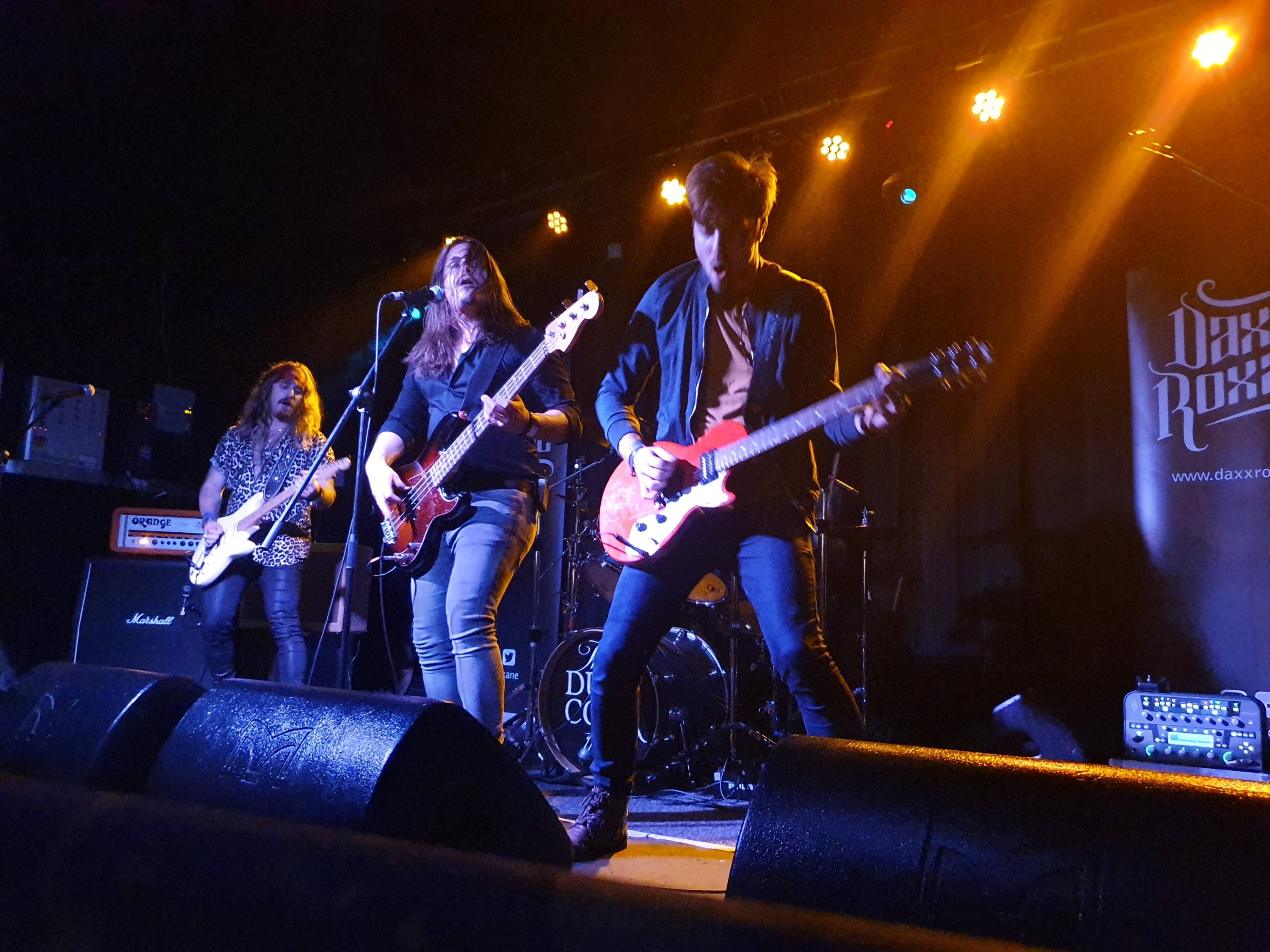 The Dust Coda begin with each member of the band appearing one by one. Bassist Tony Ho laying down a huge groove, then drummer Scott Miller, guitarist Adam Mackie and singer John Drake, before they play one of the standout cuts from their debut record in “All I Got”.

An hour later they end with two from an unreleased second collection. This is clearly a band with ideas – both the unheard pair are obviously top class songs – but also pleasingly happy not to end with a cover like many would.

What they deal in is bluesy hard rock with a Zeppelin flourish and an arena grabbing hook. So do many bands of course, but there is something about TDC.

New single “Break Down” is in fine working order and the band are a slick machine. A snippet of “LA Woman” augments “Down In The Valley” and the slower “Nobody Now” is a showcase for their abilities and “The More It Fades” is eessentially a masterclass in great, modern classic rock.

And actually it isn’t a knock on anyone who isn’t here either. God knows, it’s your spare time, its precious, use it how you choose. Instead it’s more a question: what is it that would get people out of their houses? What is it that can revive the gig scene? Because while festivals thrive, I’ve been to four different and fabulous gigs in the last six days and the crowd- if you added it up – wouldn’t get to an aggregate of more than 400.

This needs to change if bands like these are to get the adulation they deserve. Maybe it’s just this area? Maybe it’s a bigger issue? But where are the next big bands coming from? It should be from gigs like this, shouldn’t it, like it used to be.

Both The Dust Coda and Daxx And Roxanne deserve more to see them, that is for sure, but it’s a wider issue and if we aren’t careful, live music will cease to exist as we know it, and then it will be too late to save.

BAND OF THE DAY: SECRET SIGHT