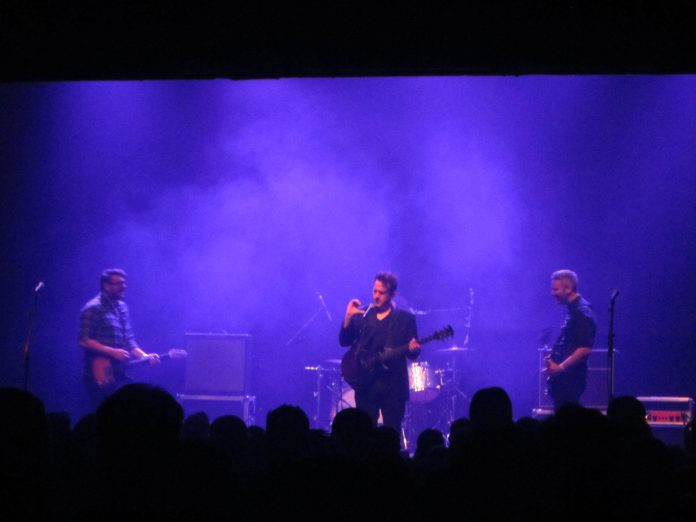 I must admit until I reviewed The Futureheads latest release “Powers”, which I have to say I really enjoyed, the band had pretty much passed me by. So, I was quite looking forward to seeing these guys live. The tour had been promoted as the band playing their self-titled debut album in full plus tracks from the new album as well as old favourites.

The fast paced jangly guitared `Le Garage` kicks us off quickly followed by the machinelike `Robot` and a song about being lazy with `A to B` They push on through the album with `Decent Days and Nights`, the doo wop acapella `Danger Of The Water`, thumping `Carnival Kids` and `Stupid and Shallow` being the standouts along with their unique version of Kate Bush`s `Hounds Of Love` which gained the biggest cheer of the night. `Man Ray` closes out the set as it does this album and the fellas take their leave after just under an hour having shared the debut release alongside what I can only refer to as some really juvenile between song banter.

The boys returned for a short encore which included the pulsating `Jekyll`, `Electric Shock` a song about a near death experience from a cooker head while scrubbing pans, the anthemic `Good Night Out` and `Beginning Of The Twist`, these songs showing a kind of maturity that was maybe lacking from the ones shared earlier. I have to say that I enjoyed some of tonight`s gig but got the feeling that the band were going through the motions at times. Maybe that`s a little unfair as I really love the new album and felt the promised tracks from the new album would have included more than just the three, we were offered. Still I loved the three I heard, and the other eight hundred strong audience seemed satisfied so maybe my expectations were a little unrealistic.