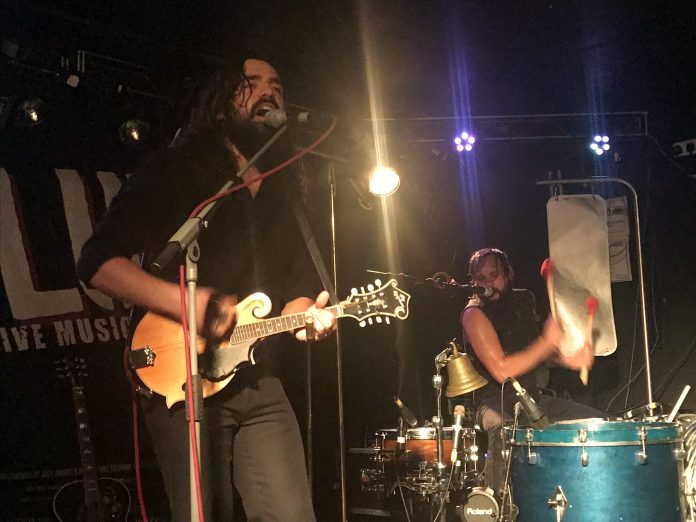 The sight of Fynn Claus Grabke with a mandolin, honestly, it still seems wrong. He is, after all, one half of the most primal of primal blues bands. Sweaty and loud, unhinged at times, Fynn, along with his brother in all but name, Philipp Mirtschink, have propelled The Picturebooks to heights that they probably only dreamed of themselves.

And, they’ve done it their way and no one else’s. Zero Fucks Given (that would be a hell of a title for a song…..)

So, when Grabke grabs his mandolin he says: “I took it into the room, and it was funny. Mr. Huge Drums over here, is like ‘yeah man, that’s cool, but what are we gonna do with it?” I looked at it  and thought ‘how the hell are we gonna fit this into a song….?

And that moment, the very second that he plays a solo on a mandolin, and one that absolutely screeches too, in “Howling Wolf” captures the zeitgeist of The Picturebooks. It shouldn’t work. It really shouldn’t, but goodness me, The Picturebooks are like a force of nature.

On the reviews page of this website, there is a picture of them, doing what they do. They are dripping with sweat and contorting every last inch out of whatever instruments they are playing. I don’t know what gig it is from, the truth is it could be any of their hundreds of shows.

They are made for nights like this. Playing with Clutch, as they did before Christmas was great for exposure (and the amount of Clutch t-shirts here proves it worked) but where they belong is right here. In a sold-out, sweat drenched room playing their songs to people who truly understand.

With three albums to pick from the set is expanding. New tune “You Can’t Let Go” is a fine example of the wonderful “Hands Of Time” record, “I Need That Oooh” is so dripping with lust that you can almost touch it, and “PCH Diamond” proves that they’ve always had the knack. 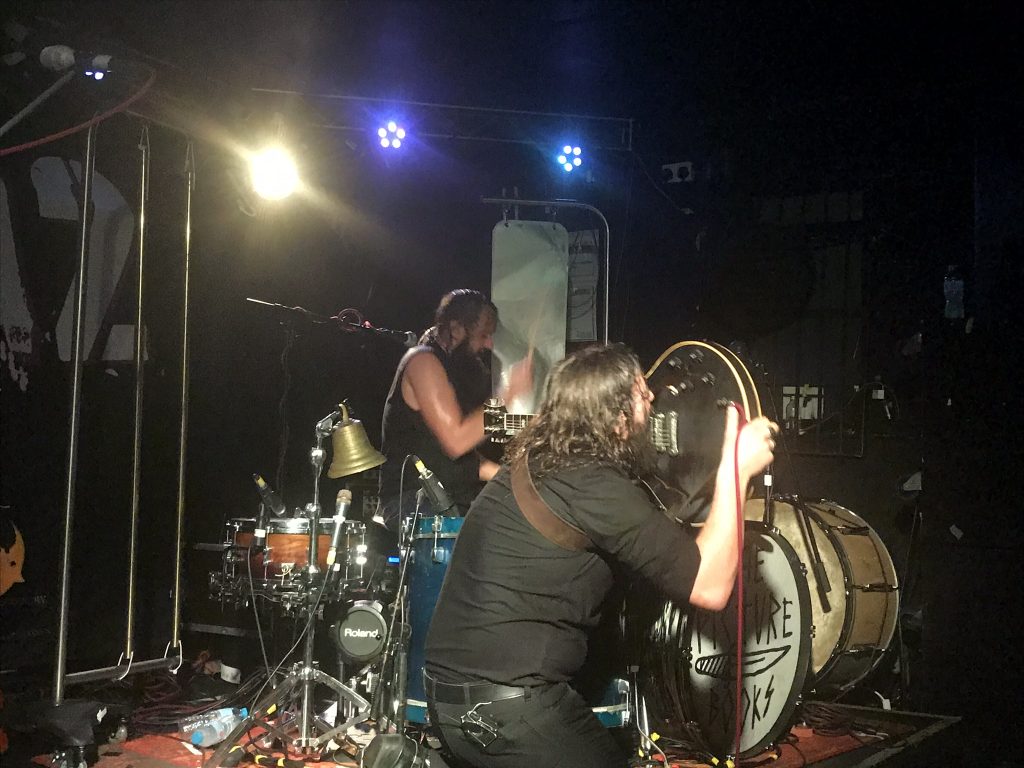 That trio, one each from the three releases, shows the way they’ve grown. “…..Time”, was in many respects, time to change it up and with a lot of it here, this is a more nuanced attack these days. “Lizard” does its thing at a million miles an hour, “The Day The Thunder Arrives” adds a piano for contrast, and “Electric Nights” is a fair assessment of the energy in the room, while the title track itself is prefaced with Grabke discussing letting the past go and living in the moment, something the new collection does so well.

For all that, though, they haven’t changed that much. “Wardance” whips up a storm of something or other from the depths, “The Rabbit And The Wolf” sounds like a children’s book, but lord help them if it was bedtime reading, and “Your Kisses Burn Like Fire” has a hint of desperation about it.

Then there’s the pair themselves. Philipp, its fair to say, doesn’t play the drums like anyone else. He beats them, he flays them, and the percussion he uses is incredible. Fynn too, is a superb guitarist, skilled and innovative, but there’s nothing conventional about him. It’s not that they’re trying to be different, there’s nothing forced here. That’s why The Picturebooks are what they are.

The encore of “Cactus” (“its easy, there’s one word, the rest is chanting” offers Grabke) is intense, but its “Zero Fucks Given” that best, maybe, exemplifies what they are about. It might be about the world in general, as Fynn claims, but there’s no one here who doesn’t think its about the band themselves.

Watching The Picturebooks is less a gig more an experience. One of their shows isn’t necessarily about a performance, more a feeling. They have some wonderful songs too, of course, but somehow they just sound better when you watch them play rather than merely listening.

It’s this that has got them to where they are. It’s how good they are at it that will keep them moving forward.