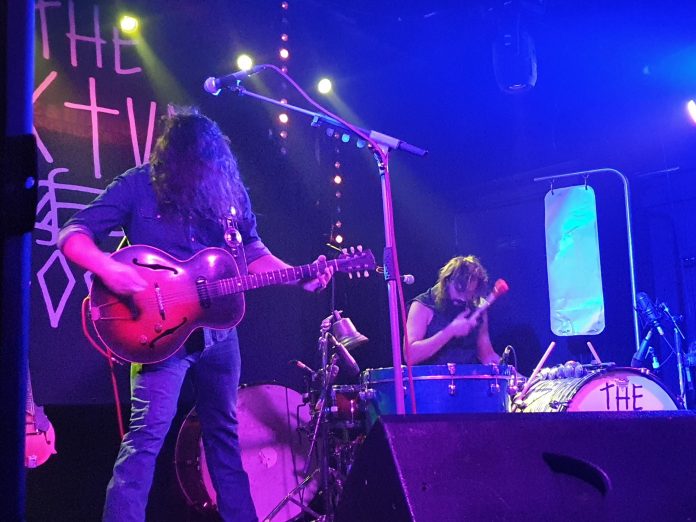 I’ve said it so many times on the site, it’s almost become a cliché. However, it’s still true. Two piece bands have a unique vibe.

That is notwithstanding the fact that the two that are playing tonight have a unique sound to match.

First, is Cellar Door Moon Crow. Just over two years ago, there was a story on MV about them. It described their music, as “fusing pre 1970’s Led Zeppelin-esque analogue flavours with a big slap of 1980’s Hip Hop Dr Dre style production”. You hear those things and you go “yeah, ok”. Then you hear the single, “Forgiveness” and it becomes “yeah, ok, maybe they do….” And then you see them for the first time and it all makes sense, by virtue of it making no sense whatsoever. “Whistler” basically does it the way they do it. It shouldn’t work, but it does. And in a live setting, the energy, but more the conviction of the brothers Goodwin sweeps you along with them. The funkier “Overdrive”, a real floor filler, sees Rebecca Downes’ vocals sampled in. The clever use of samples is important to the sound generally, but specifically to “Tightrope” and the they mash up Led Zep and Rage Against The Machine is both interesting and also sums them up. They might take a bit of getting used to, but you certainly can’t say that CDMC conform. 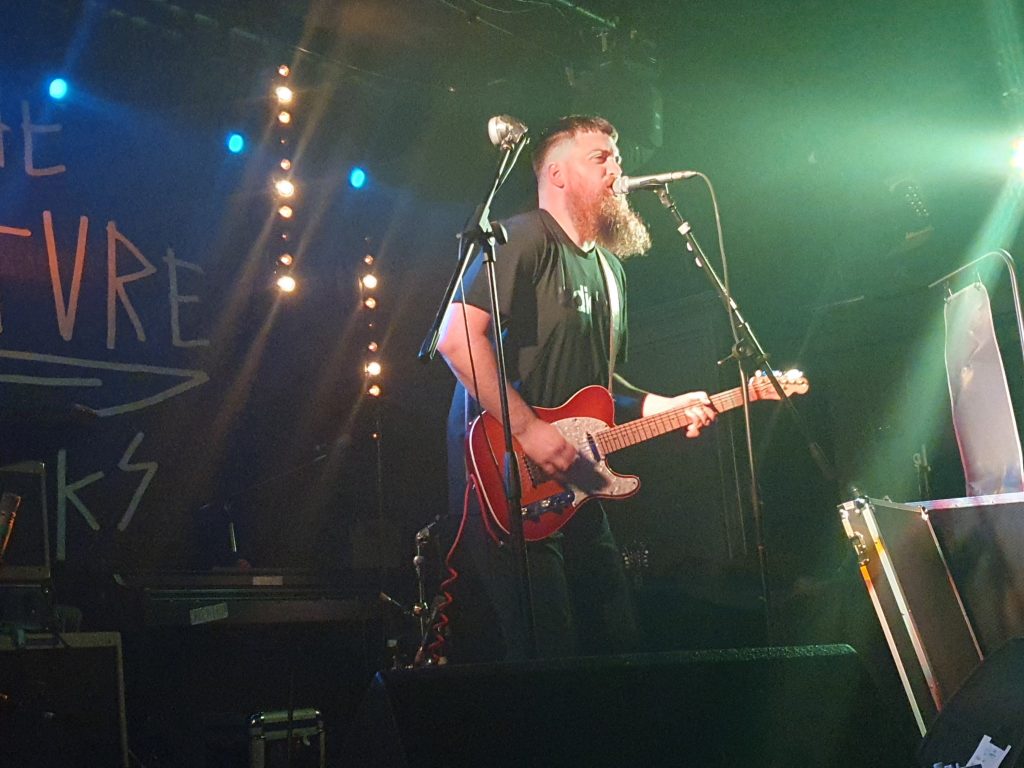 Right, how do you some up The Picturebooks? Two guys who – as the always affable singer Fynn Claus Grabke admits himself tonight – never learned to play their instruments, and still can’t play a chord and yet, have become one of the finest bands to grace a stage.

I’d wager that its best to see them. To be there at that moment when Philipp “The Beast” Mirtschink whacks the steel tray he uses as a symbol (“he’s not a drummer, this is Anger Management” jokes the singer) and they let out something akin to primal scream therapy on “Cactus”. To see that is to see a band like no other.

The Picturebooks don’t do anything, really, in the manner that a band should do – except make fabulous songs and moreover, never, ever give a performance that isn’t incredible on any level you want to talk about it.

Three albums and thousands of shows deep now, “PCH Diamond” slips back into the start of the set, together with “Fire Keeps Burning” and a glorious “Bad Habits Die Hard”, which seems to harness all the passion all at once.

“I Need That Oooh” is the perfect example of what they do, really, it plucks something from the air that no one else would find, and even their piano ballad “The Day The Thunder Arrives” is heavy and anything but ballad like at all, but then, should we be surprised, given that later on Grabke gets a solo out of a mandolin, for goodness sake!

“Elizabeth” provides a moment of calm and serenity, in what is otherwise a maelstrom wrapped up in a whirlwind, but “The Rabbit And The Wolf” is unhinged, there’s only one way to put it, and “Your Kisses Burn Like Fire” doesn’t smoulder so much as attempt arson.

There’s an encore, but they just stay on stage (“we could climb off and wait behind the door, but….” Smiles Fynn). Such fluff wouldn’t suit them anyway, that’s not what they are about. What they are represented by is in that last song “Zero Fucks Given”. Not because they don’t care, because they palpably do, but because their bond is so strong. It is the two of them (and Fynn’s dad, Claus, as always here with them) against the world. It always was, and always will be. They are true to that and to the sound they created.

The reviews section of this website has a photo of them on. There’s a reason for that: The Picturebooks represent all that live music should be. And just think on this. I’ve seen them, many, many times over the last five years or so, and I think this was the first time blood wasn’t spilt on stage. They must be getting safe as they get older……..