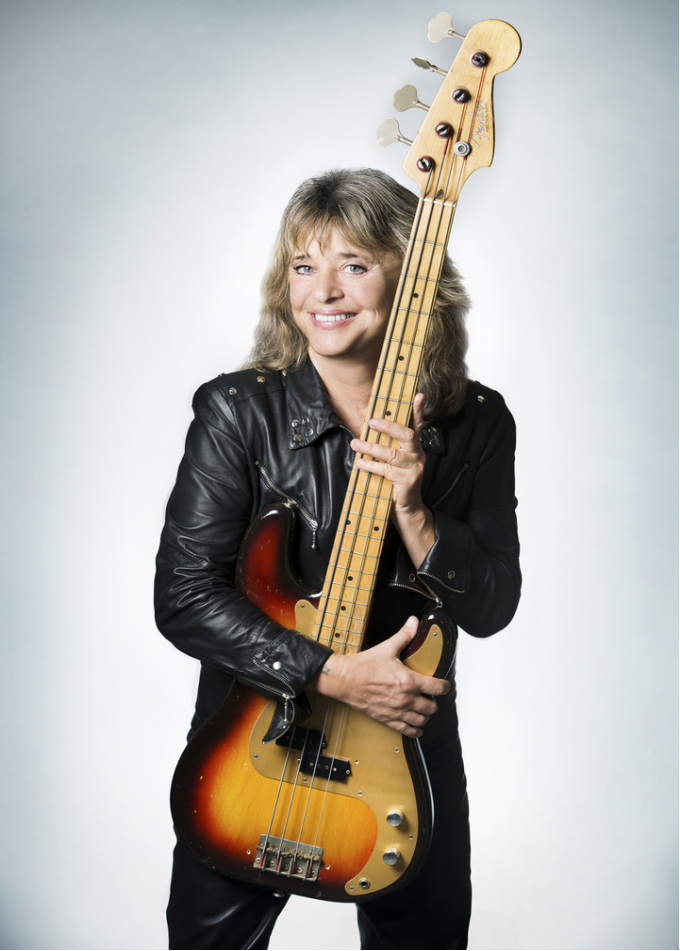 Suzi Quatro more than lives up to her name as the “Queen Of Rock N’ Roll”. The American musician has been in the music business for more than 50 years, delivering her greatest hits such as ‘Can The Can’, ‘48 Crash’, ‘If You Can’t Give Me Love’, ‘She’s In Love With You’ and ‘Devil Gate Drive’ with unbridled energy, mixing them with her current material. 29 March 2019 will see the arrival of her new studio album No Control on SPV/Steamhammer, the lead single ‘No Soul/No Control’ is scheduled for release on 15 February 2019.

Suzi Quatro has recorded eleven new songs (plus two bonus tracks), No Control featuring for the first time a collaboration with her son Richard Tuckey.

Suzi plans to present a couple of choices from her new album during her major UK/Australian/European tour this year: “I’ve never stopped releasing through the years. ‘Back To The Drive’ in 2006, ‘In The Spotlight in 2011’, ‘Quatro, Scott & Powell’ in 2016,” the holder of an honorary doctorate of music notes, continuing; “These albums were thought about and planned out in great detail. I’m proud of all three releases, very proud. But my new album ‘No Control’ is its own animal.”

Suzi states about signing with SPV/Steamhammer that “I am very pleased to be releasing my new album on SPV/Steamhammer. I am more than ready to rock n roll my way into 2019!”

Olly Hahn (A&R/Product Manager at Steamhammer), is delighted with his latest signing; “Suzi Quatro, the ultimate ‘Queen Of Rock N’ Roll’, has now joined our roster at SPV. Many of us have grown up with her fantastic hits, as did I. That’s why we feel proud and honoured to release her new studio album.”