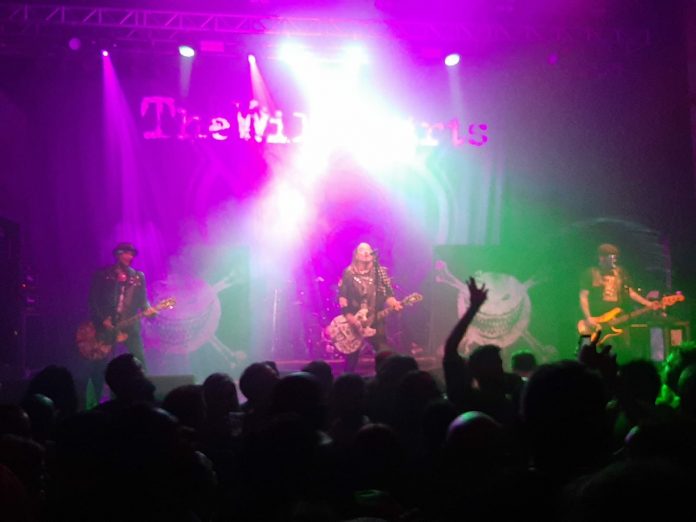 Ginger Wildheart knew the answer: “Who came here tonight specifically to CKY? “What About the Backyard Babies?” “And The Wildhearts…..?” He’d asked right at the end of the set tonight, the cheering, its fair to say got louder and louder.

CKY, though, are a mighty fun proposition. They’ve shed a member since their last jaunt over here, a rather tame affair at The Asylum just before Christmas 2018, but they are way more powerful with just Chad and Jess. More raw too, albeit you can’t hide the genuine catchiness of “Head For Breakdown”, which is the standout despite Chad Ginsburg’s announcement that everyone would know “98 Quite Bitter Beings” – they may well do, but the contrary pair decide to end the send with the vicious punk of GG Allin’s “Bite It, You Scum”, which is a calling card and a half, yet somehow typical of a band that are and always been, proud to be outsiders.

The first time I saw Backyard Babies was 21 and a half years ago. That makes them classic rock these days, so think on that. Nicke, Dregen, Johan and Peder may not have thought about it when they started out, but they do now, as the chorus to “Shovin’ Rocks” from last years “Sliver and Gold” points out: “I’ve been shoving’ 30 years of rock n roll…” The fact remains that albeit this is a double headline gig, they are far too good to be standing in front of anyone’s gear – even The Wildhearts – “Highlights” from way back in the 90s proves that. BB just look born to be rock n roll stars. Seriously, can anyone who’s ever seen him imagine Dregen doing another job other than playing guitar? His raw version of “Star War” is his way of showing it too. “Look At You” has never lost any of its power or catchiness, “Dysfunctional Professional” and “Minus Celsius” are right out of any top draw you want to name, while the closing pair of the utterly glorious “Brand New Hate” and “People Like People Like People Like Us” end things in sparkling fashion. People should like people like the Backyard Babies. They are one of the very, very best. 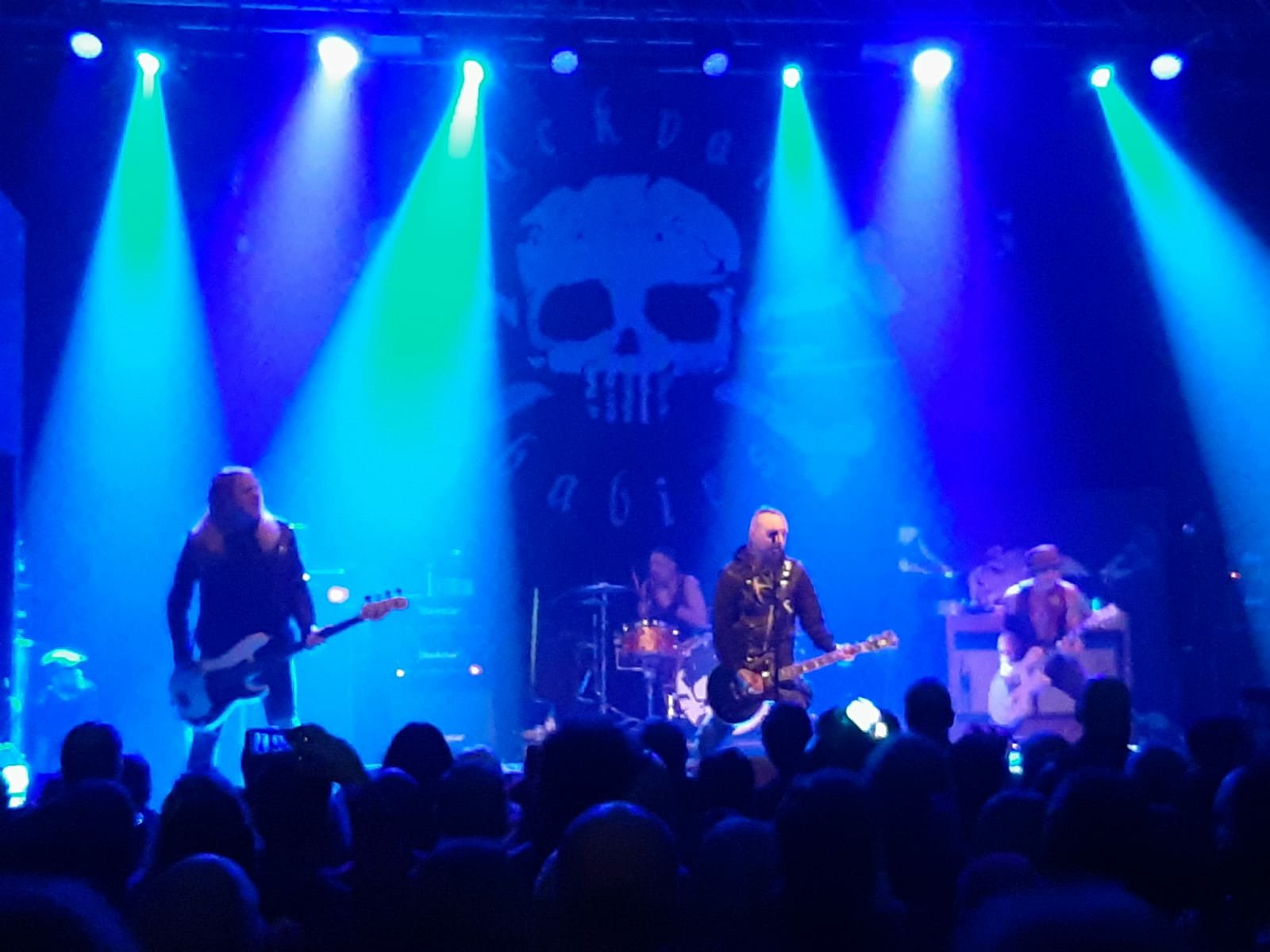 At the end of the show I stand talking to a couple of mates. “Did you enjoy that?” says one. Daft question, really. I have said a million times on this website that they are my favourite band, but the follow up enquiry was interesting. “Where did that one rank on the list of times you’ve seen them?”

See, gone are the day when you never knew what you were going to get, and whatever else some of those shows were, they were always thrilling. Because these days what you get when you see The Wildhearts (and this is the fifth time I have in the last 12 months or so, thus I feel qualified to say it) is a band right on top form.

A similar set to the one which has been around for a while. This time “Everlone” starts and “Diagnosis” follows, and there are some minor tweaks like “Top Of The World”, but is expertly done.

These days, essentially amongst friends – although this must be the biggest crowd they’ve ever headlined to in Birmingham and the biggest in the Midlands since I first saw them in 1995 – they are unstoppable. Such is the fervour for them in this setting they could play a set of b-sides and no one would mind (indeed, many might prefer it….) and the band feed off it, playing an impromptu “Geordie In Wonderland” solely because someone shouted for it.

The close of the set, essentially sums the vibe up. “Sick Of Drugs” from way back when, “My Kinda Movie” from last year, and the wonderful “I Wanna Go Where The People Go”, which is – probably – the one that you’d play anyone who wanted to know what this band was about, and which here, features Backyard Babies on backing vocals.

The encore, though, has been different every night. Tonight is “My Baby Is A Headfuck” and “Suckerpunch” together as they always should be, and “Love U Till I Don’t”. The last one on the very first record, now 27 years old. How that happened is anyone’s guess, but it did. And now, in 2020, when many bands would be messing about as a kind of cabaret act, Ginger, CJ, Ritch and Danny are sounding as vital as ever.

But this was a celebration of all three bands, and the last bit of Gingers question that I started this with was this; “but who is going home as a fan of all three…..?” cue roar.

Main photo and the BB photo from Keith Tracy (the shit one of CKY is all me….)