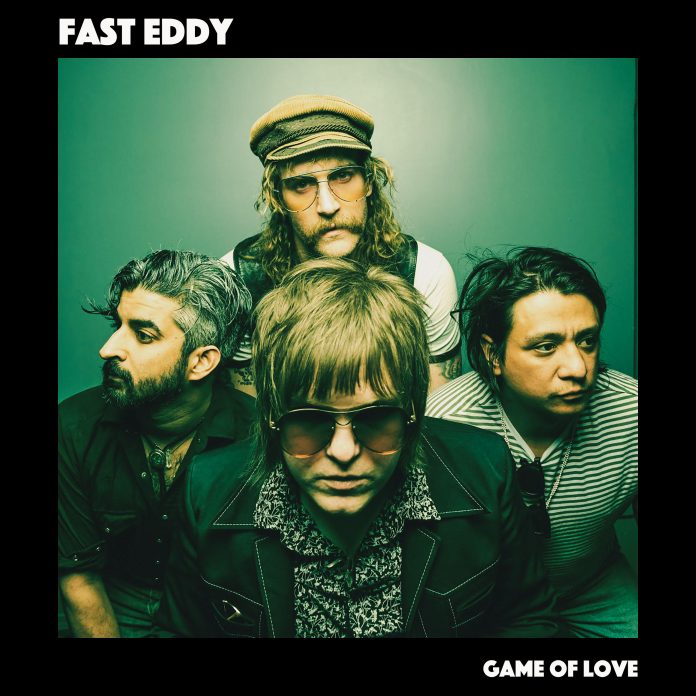 Like so many bands right now, Denver’s Fast Eddy are trying to cope with these uncertain times. Tour cancelled, LP release postponed, band practice is……complicated, so Fast Eddy wanted to give you some inspiration with two new tracks.  “Dead Eyes” and “Game Of Love”, both produced by Tuk Smith (Biters, Tuk Smith and the Restless Hearts).

Fast Eddy singer/guitar player Micah Morris said “Game Of Love, as I’ve learned, is about pain giving meaning to life. Heartache is the cure that drives in the spurs. You can have everything you want, but you don’t know how many snakes you have in your grass. Pain gives meaning to life. It’s relevant now, because without pain, we can’t have growth. We really hope this schism of pain we have in this world, will give life to a new and positive perspective.

Dead Eyes (I believe) is about a descent into dissolution, and madness. At the point in my life this song was written, I had  been facing the full front of what I didn’t realize was a mental disorder. I think it’s more than likely many people are struggling with this same thing. It has been a cause for growth for me. I hope we can take these lessons, and use them to become better ourselves, and to better the world in the long run.

Here’s what Fast Eddy has to say about it: whether it moves you or not, we hope you can take these two songs and take some inspiration to accept yourself, and better the world. Much love to the world.