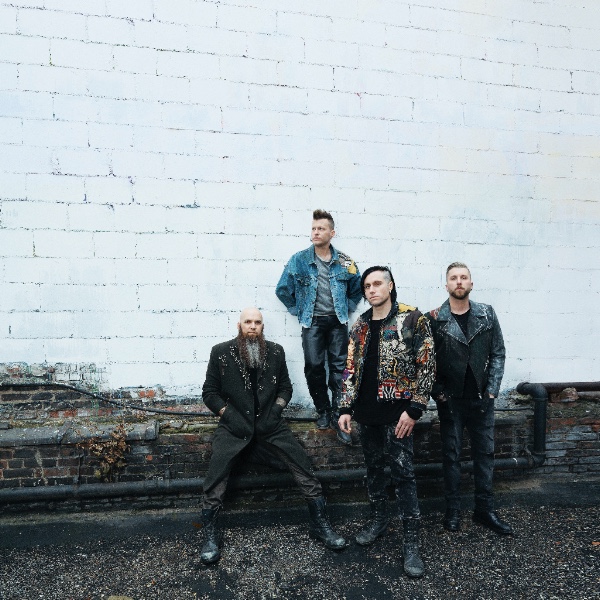 Three Days Grace, the internationally acclaimed and multi- platinum certified Canadian band with over a billion streams on Spotify, has made history with their 14th #1 single on Billboard’s Mainstream Rock Songs Chart, “Infra-Red.” With this latest achievement, the band has broken Van Halen’s two-decade record of topping the Billboard chart. “Infra-Red” is featured on Outsider, their sixth full-length album and fifth consecutive charting Top 40 debut on the Billboard Top 200 album chart. Additionally, the song is the 15th #1 single on Mediabase Active Rock Chart.

Said drummer Neil Sanderson about the latest record: “If you had told me when we were 14 and making noise in our garage that someday we’d set the record for most #1 rock songs in America, I would’ve called you bat-shit crazy!! Accomplishments like this are never done individually. We want to thank our family who’s supported us from day one, rock radio who get our music to the masses, our label and friends in the industry for believing in the band, and MOST importantly all our loyal fans on this amazing journey with us.”

The music video for first single “The Mountain” which Alt Press called a “…seismic new single” has been streamed over 15 M times on YouTube alone. Taped at a UFC octagon, the music video for Outsider’s first single was directed by Sean Cartwright and features a cameo by UFC fighter Misha Cirkunov. Alt Press calls “The Mountain” a “seismic new single” and Loudwire says, “workout warriors should be thrilled with this motivational new clip and cut.”

Since 2003, the band has staked a spot amongst the hard rock vanguard, breaking records, toppling charts, moving millions of units worldwide, and making history by holding the all-time record for “most #1 singles at Active Rock Radio ever” with 14. In 2015, Human marked the group’s second straight #1 slot on the Billboard Top Hard Rock Albums Chart as well as their fourth consecutive debut in Top 20 of the Top 200. It spawned two #1 singles “Painkiller” and “I Am Machine,” signaling their 13th overall and 5th consecutive number ones on the Active Rock Radio chart. Moreover, the four-piece consistently averaged a staggering 3.9 million monthly listeners on Spotify—remaining one of the most listened to rock bands in the world. In 2012, Transit of Venus soared to the Top 5 of the Top 200 and garnered a nod for “Best Rock Album of the Year” at the Juno Awards. The seminal One-X [2006] notched an RIAA triple-platinum certification as Three Days Grace [2003] was minted platinum and Life Starts Now went gold. To date, their veritable arsenal of number one includes “Chalk Outline,” “The High Road,” “Misery Loves My Company,” “World So Cold,” “Good Life,” “Break,” “Never Too Late,” “Animal I Have Become,” “Pain,” “Just Like You,” and “Home.”