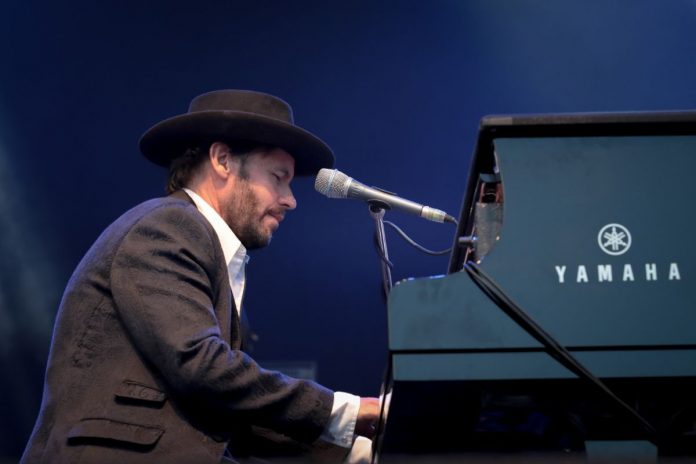 Christopher Holland is delighted to announce the release of his seventh solo album ‘Golden Hour’ which will be released on 1 November 2019 via Cosmic Harmony Records / Nova Distribution.  This is the first new studio album in six years from the UK keyboard player, singer songwriter and the follow up to 2013’s ‘Corner Green’ is an infectious and reflective journey through life.  Christopher showcases his talents on what is a captivating yet personal album.  The album was recorded between stints of touring and recording with his elder brother’s Rhythm & Blues Orchestra, and is a true labour of love.

Chris Holland said, “I loved creating this album. I wanted to try and capture the sound and feel of some of those beautifully crafted songs from the mid 70s to the early 80s era. That was the music that I grew up listening to and it has inspired me ever since. I took that as my jumping off point but ‘Golden Hour’ is all about the future as well as referencing what has gone before.”

Utilising an array of vintage keyboards and synths, the album features songs that are drawn from his own experience, such as ‘On Blackheath’, which was co-written by Chris Difford about the area that they both grew up in. There’s a real range to this record, the soulful vocals of Katy Shotter light up the Stevie Wonder-inspired ‘Beautiful Fantastic Planet’ which is the album’s first single. Other vocalists that joined Chris on this collection include the uplifting and evocative Siobhan Parr, Sumudu Jayatilaka, whilst the rhythm section was Ash Soan / Jim Kimberley [drums] and Dave Swift [bass].

‘Golden Hour’ was self-produced, but mixed by Ron Box, with whom Chris has worked with since his debut album in 1999.  With a passion for songwriting runningthrough his veins from an early age, Chris’ sparkling melodies and songs expose a sensitive artist with the power to evoke profound responses from his listeners.