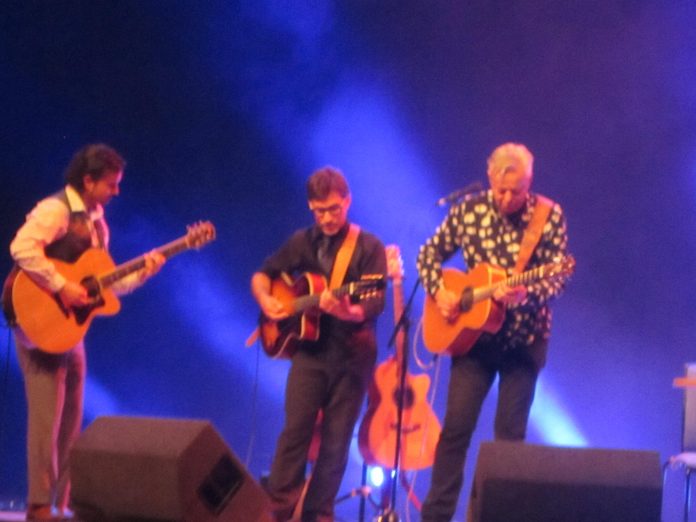 Tonight, was a night for not only guitar aficionado’s but anybody who had a passing interest in guitars and guitarists as two-time Grammy nominee, Tommy Emmanuel cgp arrived in town to perform for us. in this superb grade 11 listed concert hall.

The night was titled `The Intimate Sound Tour` and you can`t get much more intimate than this cracking venue.

There`s no fuss just a massive cheer as he strolls onstage and slams straight into a guitar boogie. This talented guitarist, songwriter and singer has a complex fingerstyle playing technique and thumps out percussive effects on the guitar. At times he left me pretty stunned at not only how many strings he plucked but also at the extraordinary speed. 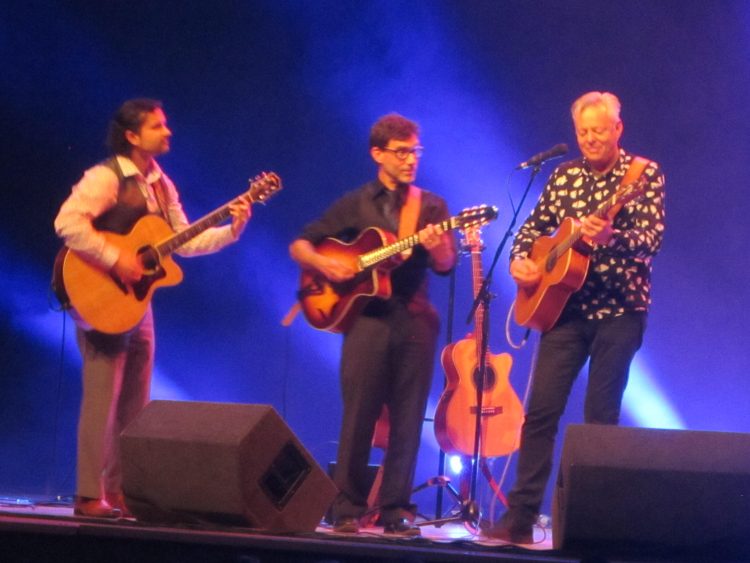 I was fortunate to review his last release, `Accomplice One` and loved it so was thrilled when he shared a few tracks with us with ` Deep River Blues` a track that’s associated with Doc Watson but may have been written by The Delmore Brothers. `You Don’t Want To Get You One Of Those` a song that was a duet with Mark Knopfler on the release and Rachel`s Lullaby a song written on a tour of Russia for his three-year-old daughter. The album took two years to put together because of all the artists such as Jason Isbell, Ricky Skaggs, Rodney Crowell, Jormo Koukonen, Suzy Bogguss and the like that were involved and I can confirm, it was certainly worth the wait.

We get a stunning rendition of `While My Guitar Gently Weeps` before a Beatles medley is shared with Daytripper and Lady Madonna amongst the numbers.

New song Fuel, written on a train trip and `Secret Love` get an airing before what Tommy refers to as the second most uplifting / positive song after John Lennon`s Imagine is gifted with `Somewhere Over The Rainbow` a song that shouldn`t work but so does.                  This artist has been awarded the “Certified Guitar Player” title from the sadly departed, legendary American musician and guitar player Chet Atkins, one of only five recipients and observing his accomplished playing, you can understand why.

`Here There And Everywhere` a tune I haven`t heard for years, almost reduces me to tears before another song I had to wrack my brains to remember the title of `Classical Gas` is played and to me was the highlight of the evening and has been in my head since the show ended.

Another highlight, towards the end was the song `Blood Brother` which was dedicated to a charity that Tommy is an Ambassador of called Guitars for Vets. It provides veterans with a guitar and a forum to learn how to play and helps them to heal via the power of music. The song is an emotional rollercoaster, check out the video it`s a real tearjerker.

Just before the end, Tommy is joined by Frank Rignola & Vinny Raniolo and they share songs that include a tribute to Les Paul with the song ` How High The Moon`

The encore from the guys includes a jazz offering and even a Polka as well.

Well this guy really delivered a class performance, his repertoire spans pop, jazz, blues, gospel, classical and flamenco and is energetic, passionate, captivating, infectious and uplifting. He is a real showman in the nicest sense of the word. I wasn`t sure what to expect in all honesty but it was a great show that I experienced. What about that guitar playing – well he is Australian, and they have a word that sums it up “Strewth!!”