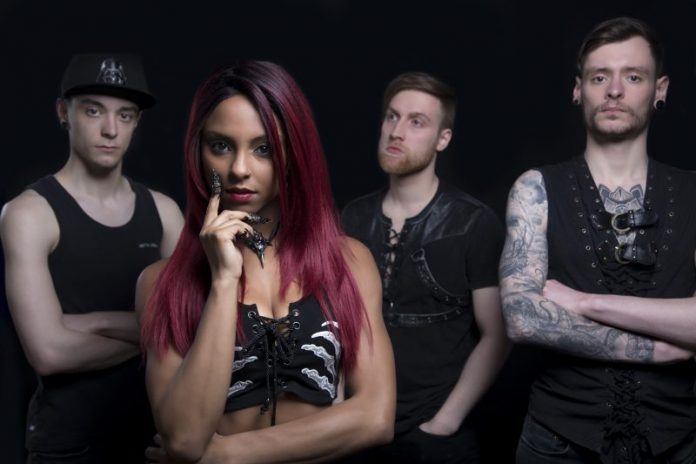 LILITH AND THE KNIGHT are surely one of the most visually captivating bands on the UK rock scene. Assisted by a technically superb trio blazing a trail through the landscape, Lilith’s mesmerising vocals and contagious refrains set the band apart from the pack. The up-and-comers release their brand new single, Fallen, on Friday 4th May. The song is also accompanied by a supremely powerful and hauntingly atmospheric video that ideally compliments the track.

Now with an army of followers in tow, the release of their new single, and touring plans for the remainder of the year, LILITH AND THE KNIGHT will take over your world.

Reared on Black Sabbath and The Beatles, LILITH AND THE KNIGHT produce a hypnotic blend of hard rock rammed with ferocious and driving riffs and a thunderous backbone. In vocalist Lilith, the group have a truly unique character; outside of the band, Lilith spends her time volunteering in Namibia – working with children with AIDS, as well as performing as a competitive pole dancer. Helping the needy and swinging on the pole demands strength in all capacities.

After their inception in 2016, the London quartet released their debut single, Wake Up –  to much support and praise. The single was playlisted by Total Rock for over six weeks and it firmly placed the emerging hard rockers on the map. LATK continued their surge with their debut EP, Insanity, which garnered acclaim from Moshville Times, Metal Gods TV, Mayhem Music Magazine and Metal Talk, to name just a few. The foursome also dropped a video for Insanity –