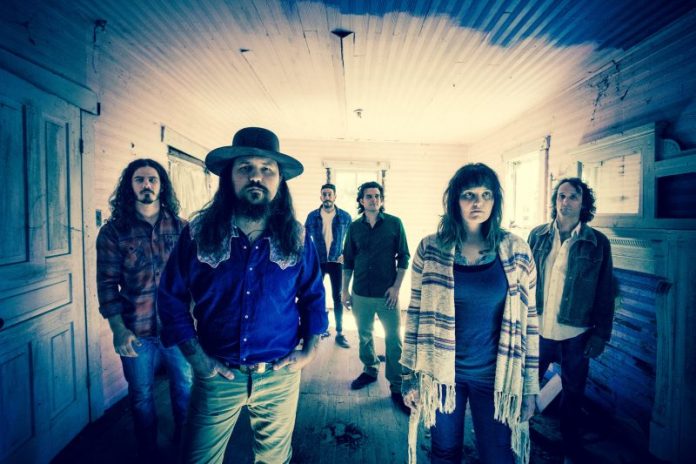 Here, Thomas Wynn and the Believers discuss their top five bands – and one is a real Wynner….

The Band: Tears of Rage

TW: When I was in my early teens I found this record called “music from big pink” and the cover, this painting, who I later found out was done by Bob Dylan, of these faded musicians with an elephant in a field somewhere just called to me.  I put it on and the sound, that sound, The Band’s sound was nothing short of mesmerizing.  I was hearing it close to 25 or 30 years after it first came out, but it was brand new to me.  It infected me, turned me inside out, and still to this day, to me not much touches it…except maybe The Band’s second release, The Band : The Band, sometimes called The Brown Album.

TW: I had heard Pink Floyd on classic rock radio like we all have and I liked it, I loved it, but not until I dove a little deeper into their extensive catalogue did I realize just how much they impacted me.  Hearing their album Animals took me to another level.  Drifting away in their world of sonic experiments is truly mind altering….

The Beatles: She’s so Heavy –

I grew up working for my dad in his wood working shop.  It was an excellent time in my life.  My dad being a musician as well, would be pumping music through the shop on some custom built speakers he had made and designed himself.  Sometimes, maybe more than just sometimes, that music was the Beatles.  I’d come in, I’d walk into his office and he’d be sitting in his chair, eyes closed with their album, “Abbey Road” on.  Then, instead of getting up and starting on one of the projects we had going, I’d sit down, he’d start the album over and we’d listen to the entire thing….what a great day of work that turned into.

Now Tom Petty is my mom’s favorite! She always says so, and I can understand that.  She went to college in Gainesville when “Tommy” as she calls him, “would be playing in the corner at some house party she was at”. How excellent is that?  His music has been playing in my head for as long as I can remember, maybe cuz of the frequency of plays, but I think his songs just have a way of sticking with you.  I love it.

Now Cowboy was the band my dad started with his good friends in the late 60’s.  They got signed to Capricorn Records and made two of the finest Americana/Folk records that there may be, in my opinion.  “Reach For The Sky”, and “5’ll Getcha Ten” are true American music.  Songwriters Tommy Talton, and Scott Boyer penned some of the most beautiful songs I’ve ever heard.  I often find myself emulating something that comes from Cowboy.  And that’s ok with me.