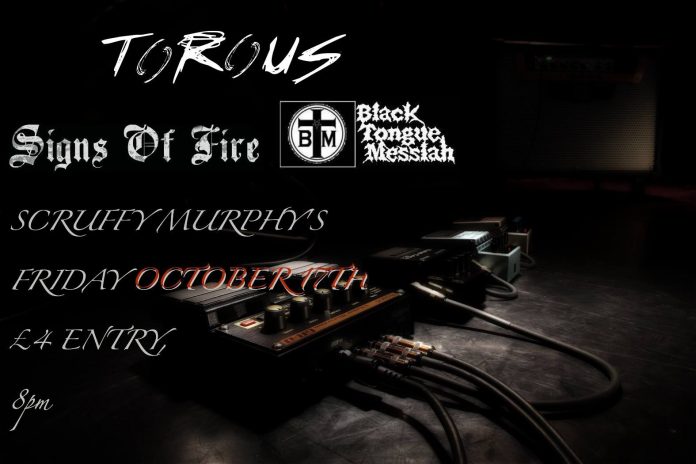 Torous – the extremely impressive Birmingham based Celtic rock band – are preparing to release their next single and celebrate with a headline gig at Scruffy Murphy’s this Friday.

Following on from the debut “Crow Road” and the more recent “Feed The Fire,” comes a new track, but it’s presently surrounded in mystery. “It doesn’t even have a title yet,” laughed singer/guitarist Marc Malone when MVM met the trio at their rehearsal studio . “It’s so new that we literally only finished it yesterday!”

Marc explained that the band – completed by Tom on drums and George on bass – had originally intended to release another song, before the late switch: “We will still release the other song,” said Marc. “But we didn’t feel it was quite right for the band at this stage.

Torous, who only formed last year, have had an active year of shows, but have announced their own headline effort this weekend.Joining them at Scruffy Murphy’s are the hotly tipped Signs Of Fire and superb local stoner crew Black Tongue Messiah – and MVM is delighted to be covering the show.