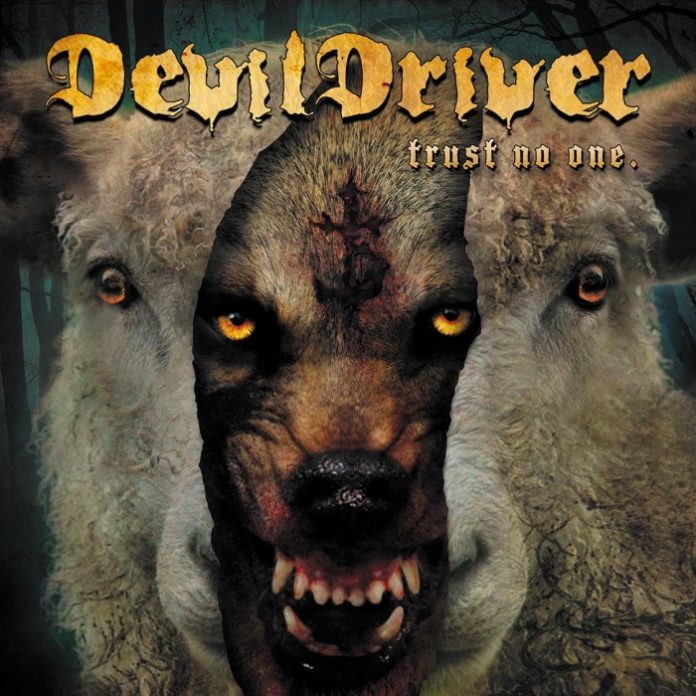 California Groove Metallers DEVILDRIVER recently completed work on their 7th studio album and follow up to their critically acclaimed 2013 Napalm Records debut Winter Kills.  Trust No One is set for a Friday May 13, 2016 release date via Napalm Records.  The band has teamed up again with producer Mark Lewis from Audio Hammer Studios for the production of the album

Frontman Dez Fafara on Trust No One:“Almost 3 years in the making, get ready for a New DEVILDRIVER record!Trust No One is filled with killer riffs, groove after groove and massive hooks! Regarding the title Trust No One, it’s rightly named and done so. There will be no explanation needed regarding what the title means.The lyrics are volatile and straight to the point!

See you next year with Trust No One and around the world on tour!”

Pre-orders for Trust No One will be available shortly.  Touring plans for 2016 are being finalized now and dates will be announced soon.