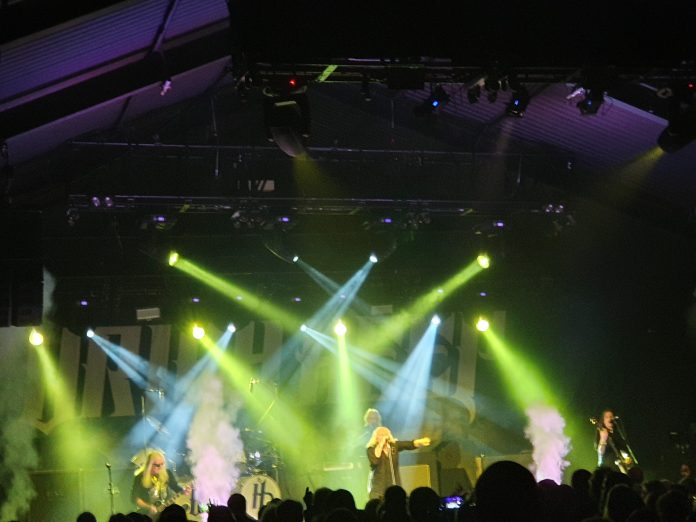 Every time you see Diamond Head, you get the same thought. Why? Why aren’t you headlining massive venues?  If their legacy is beyond question, their present is better than just about any of their peers. Opening with “Play It Loud” here, from the classic “Lightning To The Nations” and then moving to “Bones”, from the second to last album they did, proves that in Rasmus Bom Andersen they have found a perfect singer, and as he says: “the guys all live about 10 miles from here….I don’t, but hopefully you’ve accepted me?” The cheer in response tells you – and him – they have. And the (near) hometown heroes have a new album too. “Coffin Train” is a cracker, and both “Death By Design” and the even better “The Messenger” underline that. Basically a lesson in how modern classic metal should be done. But then DH always have that touch of class, the Midas thing to weave gold, and “It’s Electric” and the one, “Am I Evil?” are in the Metal Hall Of Fame for a reason. So are Diamond Head, and Brian Tatler and the chaps should be right up there with the Maiden’s, and the Priest’s in the conscience. And I’ll probably write something similar next time I see them, too. 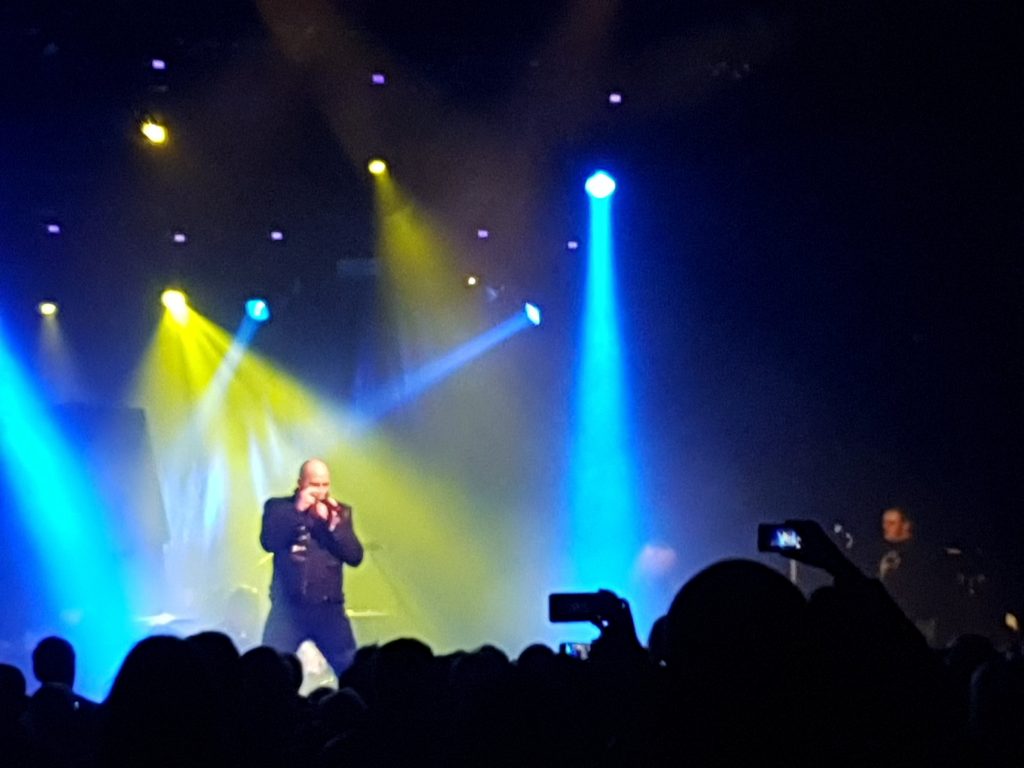 Time flies and all that. Although I never have much fun…..still other night I mentioned to a mate that I was coming here. “Blimey,” he’d said. “Uriah Heep don’t play often.”

I hadn’t really thought about it, but it was March 2013 when I’d last seen them. Not that they’ve been idle, as singer Bernie Shaw points out here, this is the penultimate show in a year that has seen them play over 120 gigs and they play in 60 countries. And next year is their 50th on this planet.

So, here is your semi-regular reminder of how you sustain a music career for 50 years: you have to be good, and you have to connect with people.

It also helps if you keep refreshing the mix too, and rather like Diamond Head (indeed much of what I said about DH could apply to the headliners too) Uriah Heep have done that with absolute aplomb.

Their 2018 album, “Living The Dream” did that superbly, and forms the backbone of the set tonight. “Grazed By Heaven” is, in many ways the perfect opener for them, given the way it goes, tapping into the classic moments from their history – the one that follows “Too Scared To Run” is literally one of them.

Shaw is a convivial host, and the band are in top form. Unlike many of their peers, UH have managed to keep a fairly settled line up – Shaw and Phil Lanzon on keyboards have both been in the band since the 80s – and they clearly have a chemistry, and they are not afraid to play either.

The title track of the new album is absolutely grandiose, and Shaw leaves the stage to let them play, and another of the new ones “Rocks On The Road” is somewhere beyond strident.

A clue as to their sound is in the stage set up. On the riser is not just the drums, but the keyboards too, which seems to indicate just how central Lanzon is here.

They go only once back to the debut. For “Gypsy” although “July Morning” is another dusted off from the early 80s, which is absolutely mighty here – turning into a glorious jam – as is “Lady In Black”.

The encore – of course – contains “Easy Livin’” and there’s a reason they still play it last. It is an absolute belter.

Expect to hear it again next year when they return for a 50th Anniversary Celebration, but they have a little more relevance than that.

Earlier in the show, Mick Box, the bands leader throughout the time had said this to the crowd: “50 years, eh? Still we’re still here, you’re still here and the music’s still here…..happy days.”

And you know what, he’s spot on.