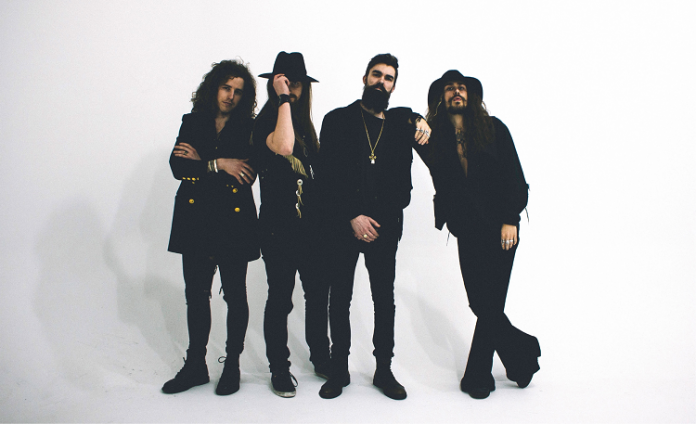 Vambo are extremely proud to announce the release  ‘World Of Misery‘ through Goliath Records a new rock label via Universal on 26th April.
World Of Misery finds Vambo on unassailable form and the driving crisp riff will get stuck in your head for days!  Written following an argument the infectious World Of Misery will grip the listener from the very first hearing and simply refuse to let go. Somehow blurring the line between sincerity and audacity.
Enigmatic front man Jack Stiles explains World Of Misery deals with ‘lying cold and naked (metaphorically) in the street, drowning in a world of misery’.
Currently working on their debut album album, Vambo know the value of a good tune and with their unique, incendiary blend of rocked out rhythms, scorching solos and lung-busting blues laden soulful vocals they are always guaranteed to gain new fans.
Vambo are playing the Download Festival on Saturday 15th June and with more dates being lined up 2019 promises to be very good year for Vambo and fans of honest rock’n’roll.

Few bands seethe with the hunger to take on the greats. Even fewer have the songs to back it up, however Vambo do so catch them live now.