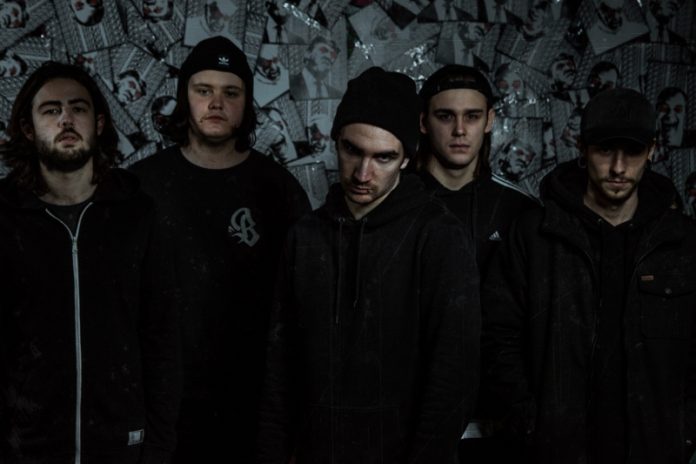 Manchester musical activists HOMETRUTHS have revealed a drum play-through for ‘Vigilante’, taken from their debut EP Open Your Eyes.

The quintet have also announced the following shows:

Born out of five friends’ collective anger and frustration at the state of the world, Mancunian musical activists HOMETRUTHS play passionate groove-laden hardcore, with a strong message of social change.

Musically they could be likened to contemporaries While She Sleeps, Sylar and Stray From The Path, but also nod to HC masters Madball and Biohazard, and with an added technical flair, their sound is as fresh as their passion is raw.

The debut EP ‘Open Your Eyes’ is a to-the-point statement of intent, as front man Gaz Davies  explains:
‘The purpose of the record is to educate and enlighten people to what is going on in the world. Far too often people choose to turn a blind eye to these issues but with such a direct, in your face message people will find it hard to remain ignorant. People need to wake up’

The band actively promote peace and unity but are also unafraid to voice their anger at the broken systems that allow the corrupt elites to repress and divide society for their own gain. They are angry, and quite rightly, but they also hope to inspire others to take a stand together in the fight against the ills that plague our world today.

Gaz continues. ‘If you disagree with the current political climate, refugee crisis, religious hate crimes, or any injustice that has taken place is the last eighteen months then then you are amongst like minded people when listening to our record. It’s time to stand together not against each other, join us.’